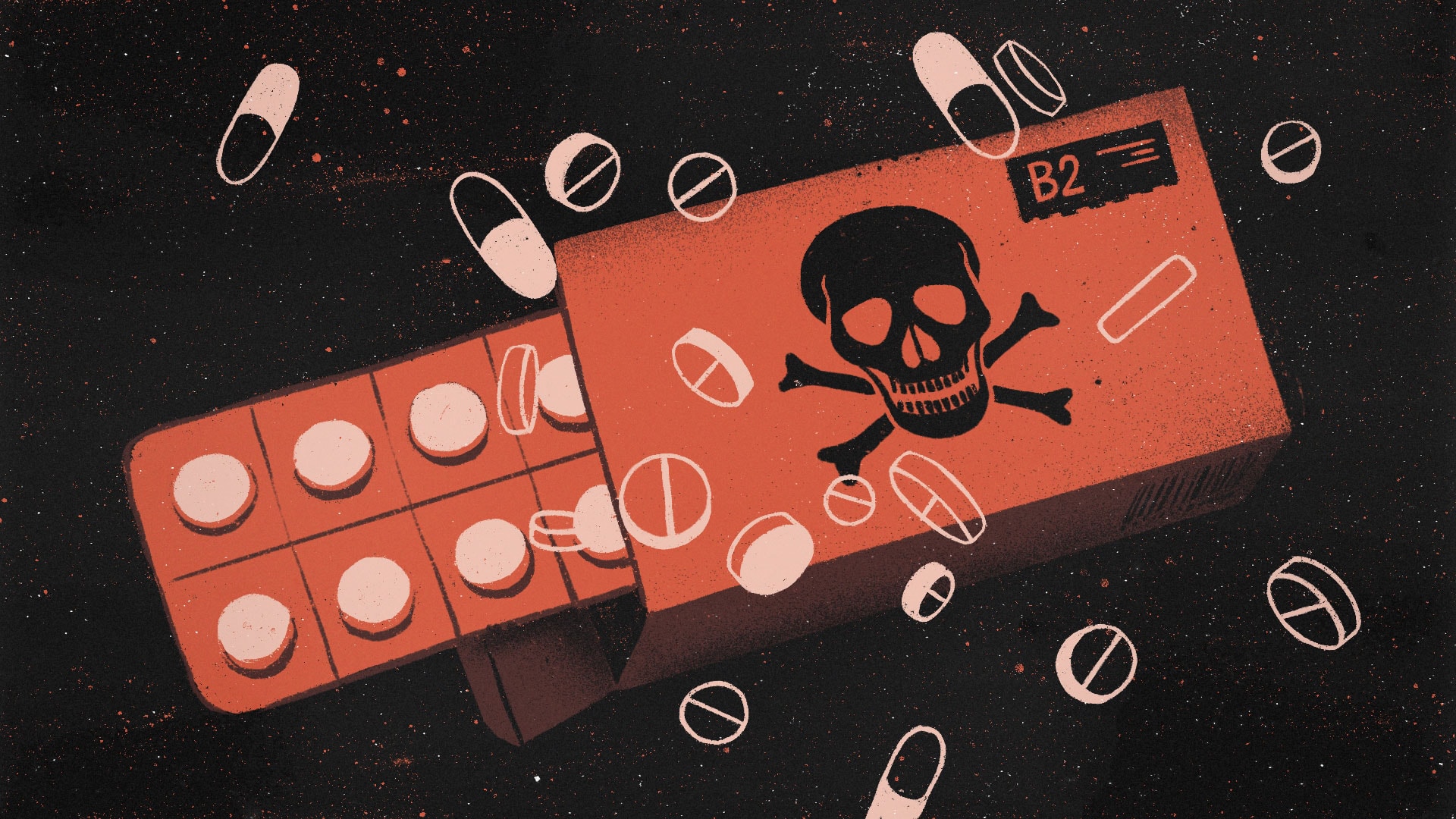 I don’t think I’ve ever talked about the “drug problem” seriously. Sure, I’ve done it with friends, but in parties, when restless legs cannot find land where they can be calm and with voices of philosophical airs as categorical as naive, where, probably, we used some substance. Also, at Sunday lunches, visiting my mother in her department and with my sister and an uncle or aunt. And despite savoring delicious dishes of food cooked with so much love by my mother, the conversation quickly turned into an argument, a fight with teenagers, or too conservative reasonings that covered up fears of the past and family apprehensions. I find it curious, considering that I am a person who claims to have opinions about almost everything, even things that I have no idea about, such as soccer, and that in this particular case I think I have them. But that’s the way it is, and the first thing that comes to mind as a reason is that “the poncho is too big for me.” I thought it was a Chilean expression, but apparently, it is used in several South American countries, the phrase means that one does not measure up or cannot understand the position that it represents.

The thing with drugs is like love: you can’t fight it. I’m sorry, I’m sorry, I’m going to try my best to be serious. The issue with drugs is that, as is well known, it is too complex a subject: consumption, drug trafficking, cartels, or the war on drugs are concepts that include social, economic, and personal aspects. The convoluted way in which they relate, (I think), especially in Latin America (I think), has resulted in the current state of the situation: an absolute failure, or ultimately, to become a problem. I think so.

That is why I need to approach the subject from my own (basic) knowledge and try to support it (to at least risk a little) from my own experiences.

The first I remember is that of a hound with an anthropomorphic body and dressed as a detective. The cartoon was created in the eighties by the agency Saatchi & Saatchi and commissioned by the National Council for the Prevention of Crime used by the American police in campaigns for children: McGruff. In Chile, Don Graf. Prevention campaigns reached my childhood in the 2000s because 1) in Chile we are fans of the gringos, 2) it seems that everything comes a decade later. But even as a child who loved animated monkeys and television with all my heart, it was quite obvious even to me that Don Graf’s valuable lessons sounded ridiculous and contained discriminatory subtexts. (In any case, let me know if at any point in the text I get too educational about Don Graf: what can I do, I was too young when I was bombed with advertising).

My second memory is the fear that the young men who gathered on the corner of my house provoked on my mother. “Marihuaneros” she would say to them and I was forbidden to approach them or rather, to the drug itself, as I would repeat myself throughout my adolescence. Marijuana, my mother repeated as Don Graf warned, was the gateway to hard drugs and was closed from the outside. Once you crossed that threshold, you only had hell left, but it was class hell, or that’s what she explained to me: the drug problem was that you would still be poor, that you couldn’t study or get ahead. My knowledge of both hypotheses, and as much as I would like to affirm otherwise, is that they are true. But in that case, it is easy to conclude that it is not a problem with the drug itself, but a social problem.

Third memory: learning that a very close relative (I will not say his name or direct relationship, but his favorite movie was Scarface) had sold cocaine and that he spent time in jail for that, but not too much because he was a police officer. On this, I would not like to make any moral or personal reflection, but I dare to add that I had a partner who sold M.

What I want to say, and although it sounds very obvious, is that drugs are a business and that I am a consumer. Or rather: an unregulated business with unregulated consumers.

A few days ago I saw the documentary Dancing with the Devil by Demi Lovato. It’s incredibly kinky, but I think it helped me understand a couple of things: for example, that even if you’re an American music superstar, your dealer can lie to you about the drugs he sells you, make you have an overdose, and also rape you (again: we are talking about an unregulated business). I already knew that cocaine is usually kicked (to chemically dilute the impact) with baby laxative and that is why it makes you want to go to the bathroom, but I had no idea that even if you don’t inject the heroin you consume you can have an overdose that involves have up to three strokes and be left with permanent eye damage.

Despite my shock at the documentary about the consequences of addiction, I must accept that I enjoyed HBO’s Euphoria immensely. I enjoyed it as much as I enjoyed Trainspotting when I was fifteen (Requiem for a dream seemed too guilty). Because at some point, addictions also arouse me that fascination. When I hear trap and they mention all those new drugs that they use to have a fascinating time, or to feel nothing, to have a kind of break from reality, that is, from work. And when I put on Mac Miller’s songs to live his self-fulfilling prophecy of leaving forever: “There’s a whole lot more for me waiting on the other side / I’m always wondering, if it feels like summer”, of spending time dreaming, or “A lot of things I regret, but I just say I forget” and its more authentic variant: “And all I do is say,” Sorry “/ Half the time, I don’t even know what I’m saying ‘it about’.” There is a kind of romanticism in all that, right? Or is it just because I have a personality prone to unhealthy obsessions? Another memory linked to this: I think the writing profession began to seem attractive to me right after a school dissertation on Edgar Allan Poe. I almost levitated when my classmate recounted that he died after hallucinating and rave through four days after alcohol poisoning. He didn’t have his clothes and was thrown in a sewer. The image was forever etched in my memory.

Mac Miller died of an overdose in 2018. And what I think with a terrible coldness is the enormous luck that Chileans have (and as much as we adore the North American hegemonic industry) because heroin or methamphetamine, not to mention一 fentanyl 一 are not commonly or easily trafficked into our country. There are not so many decisions to make, or there are fewer.

Perhaps that is the reason for my hardest addiction to overcome: the fact that they sold me the drugs I needed at the nearest corner pharmacy: medicines, they say.

I’ve always had trouble sleeping, night terrors, anxiety, panic attacks, etc., etc. But in my last year of college, at 23, they escalated. Since I had to go to classes, manage to pay the rent, attend student protests, write a thesis and a book (which four years later ended up becoming Qué Vergüenza), I decided to solve it in the most practical way possible and asked for an hour with a psychiatrist. “Sleeping pills to sleep and antidepressants to wake up”, probably was not what the doctor told me, but I swear that is what comes to mind when I think of the fifteen-minute consultation.

The first days of the treatment I fell asleep next to my partner at the time, who before closing my eyes saw one or two chapters of How I Met Your Mother and I remember seeing the characters come off the screen and have very entertaining hallucinations. After two years, another psychiatrist realized that there was no point in being prescribed antidepressants when I was clearly not depressed. That’s when I started taking anxiolytics. I don’t know if it was better. I mean, I think when I got addicted was trying Rise. Sometimes I would take up to three 10 mg pills and then I ride my bike to the literary cafe at Parque Bustamante to write all afternoon. I mean, I was drugged, but I didn’t realize it, I promise for my mom: I just felt 一 that I felt 一 better or I didn’t feel 一 that I felt 一 worse.

Leaving the anxiolytics cost me a focal therapy and two withdrawal syndromes, in the last one I ended up in the emergency room. I never bought Rise again, that is, once, twice, three or four times a year I have to take half a clonazepam or something like that. But just that.

The M I put it down for good too, but hey, you never know what can happen in one night. A couple of weeks ago, someone (a man, of course) licked my finger and forced it into my mouth. Luckily my teeth were more closed than open and the dementors didn’t come for me on Monday (or I’m pretty sure I cried about other things).

What I want to say is, again, that (I think, I think, I think) that when it comes to the “drug problem” addictions are not my specific problem. It took me several years, but I think at 32 I already had an idea of ​​how they work and how to use them. A friend told me that during his adolescence he was very curious about drugs, but that he did not go the “normal way”, let’s say, try them to find out their different effects, but googled and that was how he came to a blog of a girl who wrote about what she was experiencing. He read it for four years and now he practically has a master’s degree in it. In my case, I followed the “normal path” of trial and error. It was more or less the same as in the case of sentimental and sexual education, which of course, I never received at school.

I guess my first conclusion is not new: we must change the narrative regarding drugs and educate.

The second, it took me to think and write all this text to discover it. I think that’s the other big reason I never had a serious conversation about the “drug problem” and it’s that it’s more comfortable. Being a drug user is not that different from being a user in the neoliberal system like of sneakers at Nike, tech on iPhone, or clothes at Bershka: it’s just as simple because most of the time you do it without stopping to think about all the associated implications or consequences and it is just as complex because you do it without thinking.

I do not want to make it seem that I believe that the responsibility falls only or mainly on the individual, on the decisions or abilities that a person has to stop and meditate well about what it is about to do, but that I advise myself to try it. Well, I try.