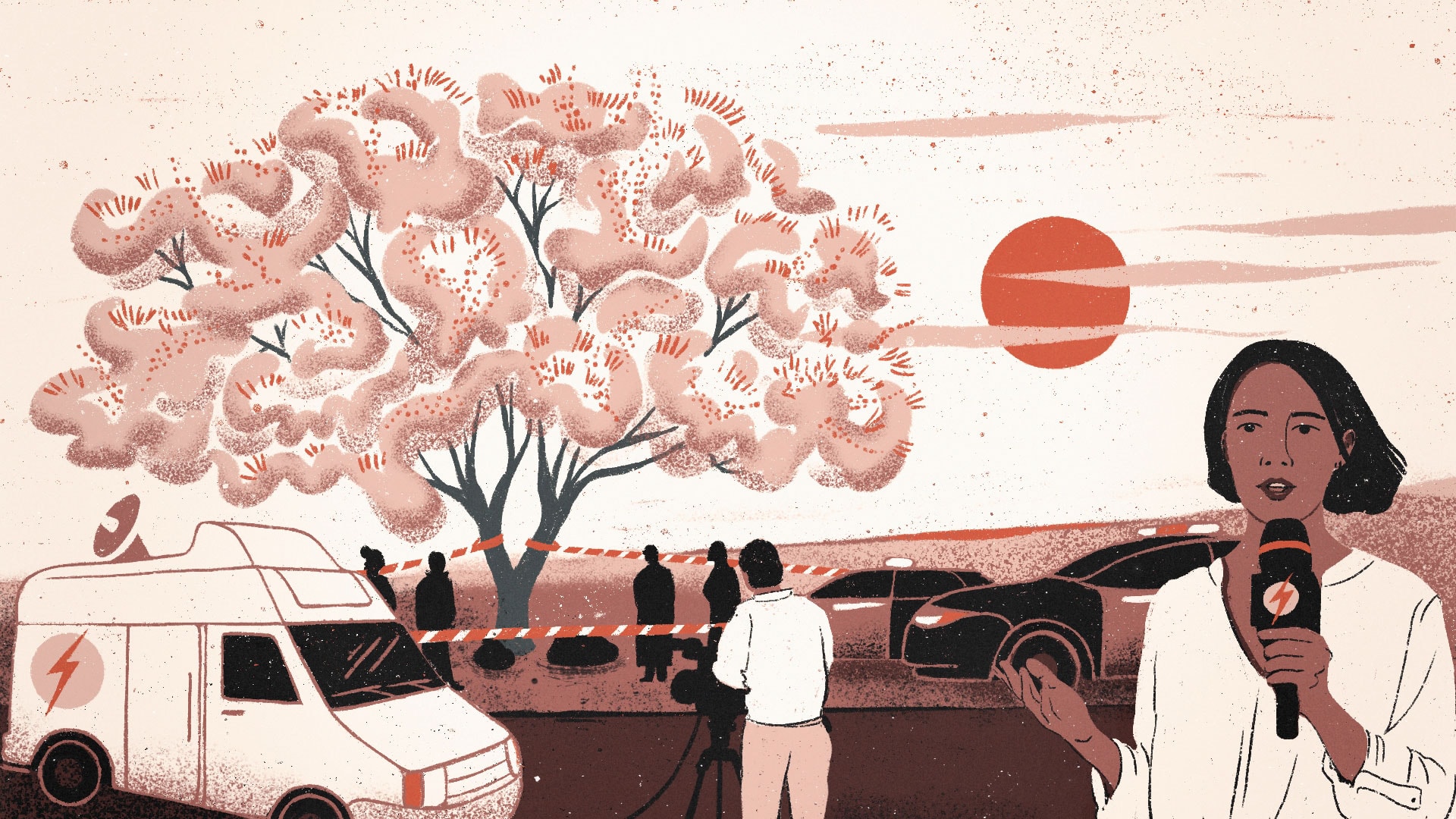 The head on one side and the body on the other. Thus it appeared. It was early, about two hours before she gets up and starts her daily ritual: the dog who doesn’t want to go down to the yard and she screaming “Dolly go down stairs, or you will have intestinal obstruction”. Hours before the man who sells grapes, kiwis and strawberries, who knows where it comes from, and the dog does come down like crazy to bark at the door. She was asleep when the body was thrown into the street in two parts, like two garbage bags. Who knows what she was dreaming of. With you? It could be. She often tells me that she dreams of you, but that those are not ugly or scary dreams, but that those are normal, boring, everyday dreams. You ask her something and she answers. There is not much to say about dreams except that, that she dreams that you are alive.

The dead man was dumped around five o’clock. They say that a truck slowed down and threw first the head and then the body. Or was it the other way around? The police arrived around seven. The beheaded man was left alone for two hours, in our street, the body here and the head there. Who knows if, attracted by the smell of blood, he was approached by that white dog that walks through the neighborhood. She names it Belego. Dolly’s crush, she says. The tree on the corner, that acacia that is already the age of those of us who were children in those streets, and that sometimes blooms in a beautiful orange, sheltered it, gave it shade, until the police, forensics and the police arrived, and the street, your street, became a coming and going of patrol cars and TV vans. She didn’t even look out the window. They say, they always say, that the sapo does worse than the death one. Or alike. Neither see nor hear nor speak. She was already afraid to leave the house, this was nothing more than confirmation that all fears were, are, real.

The park where we used to played in now is a refuge for a lot of fallen angels, children lost in the H, hacheros. She calls them hacheritos, that diminutive, isn’t it? There is a bit of affection in that diminutive. They no longer know anything about the world or its creatures. They walk the streets of the neighborhood like dogs without collars, searching, searching. From time to time they find a filthy mattress and they drag it until they find a place, any place, where they can dream the dream of drugs. That place can be the front door, the house of their best friend, under a swing or under the acacias in the park that drop leaves and flowers on their lifeless faces. Anywhere. She feels sorry for those children, but she fears them too. The drug opens their pupils until they become something that is not of this world, their dirt is unspeakable, their thinness breaks your soul. They are barefoot, their hair a matted and dirty tangle, with a piece of cloth covering their sex, without a shirt. Like savages, like primitive beings. They have taken over the park. And the neighborhood. Night and day.

Sometimes they bleed, they fight. Sometimes they cry, they regret it. They always make a lot of noise. They call her mother. They ask her for money, but she gives them food, bread, whatever she has. Thank you, mother, they tell her, despite the fact that their hunger does not appease with a bread. They are not violent, she explains. She repeats that, that they are not violent, but I know that she is afraid to cross the park one day and that they will knock her down to take away the coins that she always carries in her purse, just in case. Every day she closes herself more, facing the loss of the park, the street, in short, the neighborhood. Whose children are the hacheritos ?, she wonders. And she answers herself: someone’s, they are someone’s children. Her compassion for them breaks the soul. Little can be done. The public rehabilitation centers are an entelechy, the private ones that work more or less well are expensive, incredibly expensive, and the others, the clandestine ones, are hell. Every so often the news comes out that one of those centers has caught fire with all the boys inside, that the door was locked, that they were burned alive. Hacheritos don’t have a single chance to get ahead.

Stray dogs are sometimes adopted, sometimes someone falls in love with those hungry eyes and says “come, I’m going to give you a good bath and I’m going to call you Negrito”. They, the H children, have no chance. They will die there, in some corner of the city, on a filthy mattress that they dragged from the garbage can. No one will mourn them. Or maybe yes, other hacheritos will cry for the fallen until they get the next dose and forget death and life, forget the name of the city, Guayaquil, which never gave them a single chance.