Mexico: Fireflies to Illuminate a History of Violence

Where there is darkness there is also light. Yael Martínez, a Mexican photographer from Guerrero, knows it well: in 2013 three members of his family disappeared in Mexico and because of that loss he began to document how violence permeated his family life, his everyday life.

Later, he contacted other families in the state of Guerrero: he wanted to record how living surrounded by violence transforms both the spirit and the everyday landscape, how it pierces everything until it is transformed into something else.

What happened to his brothers-in-law prompted him to turn his work towards issues related to violence and the forced disappearance at the hands of organized crime and the deterioration of the State in Mexico. “I was interested in showing that unseen aspect, the daily life of the families that go through this,” he says now.

For him it was a double path that has been going on for seven years now: a process of family catharsis and of empathy with other families. “In this double path, I tried to understand how violence is lived on a daily basis, how violence permeates, and almost changes, the physical and spiritual space of the people who live in those places.”

But how can he portray that transformation? How can he show what is not visible? Yael wanted to reveal another possible image in an image, transform the photo into a three-dimensional artifact. Thus he came to the idea of drilling: with needles of different sizes, he intervened the images to fill with light those intimate scenes that he had photographed for several years.

The result is hundreds of white dots that shine like fireflies on the photos of those daily lives crossed by violence, pain and hope. The project Yael created for the exhibition “Nos queda la noche” is called Luciérnaga (Firefly). In this exhibition twelve young regional artists portrayed Latin America through its landscapes and nocturnal creatures.

“Piercing the photo is a symbolic act, of going through the body of memory, so to speak, which is where the image is printed. Making the cut reflects that violence that penetrates you as a human ”, he explains.

Luciérnaga meant for him the possibility of error. And that –the freedom to do something without knowing if it will work out or not– was a transformative experience for himself.

At each piercing, Yael seeks to unravel a story that is not visible. And where the needle enters, the light also enters.

Hugo Arellanes
Afro-Mexicans: we are not folklore
México 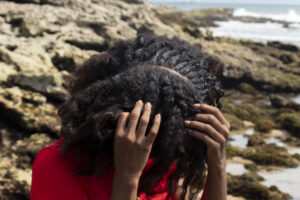 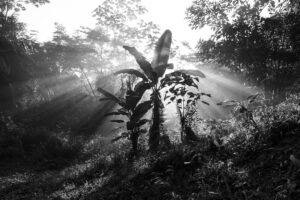