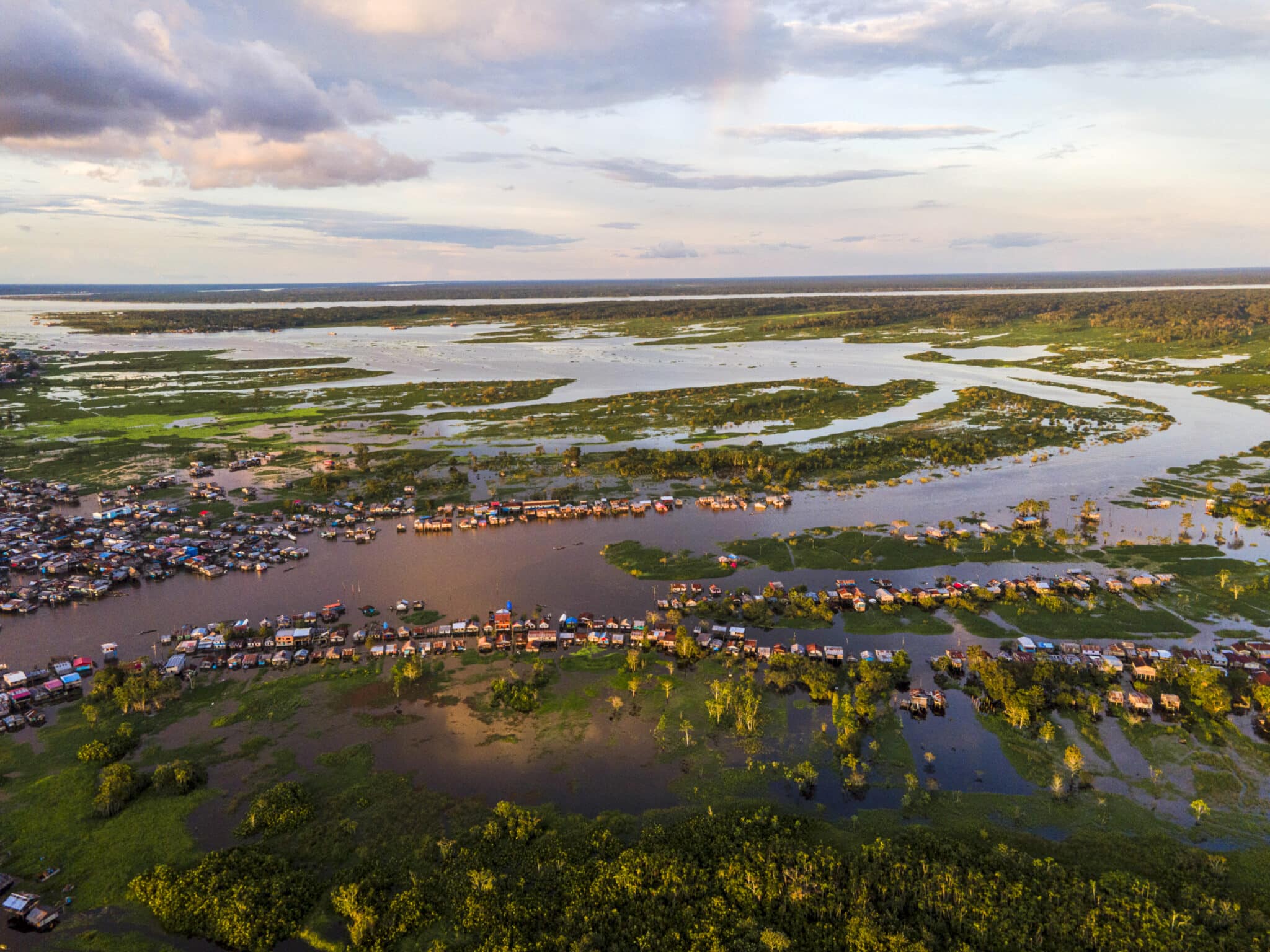 Although illegal, gold mining continues its unperturbed course in the Nanay River basin, contaminating the primary water source on which the city of Iquitos depends. In a report with photographs by Musuk Nolte, we talk about the ecological and political crisis in the capital of Loreto with José Manuyama, a school teacher and influential environmental activist in the Peruvian Amazon.

“I am a teacher, and I have been doing citizenship for many years… Environmental activism is just a label,” says José Manuyama, the prominent leader of the Comité para la Defensa del Agua (Committee for the Defense of Water). This organization was founded a decade ago in Iquitos, the largest city in the Peruvian Amazon, to address threats to the region’s river ecosystem. Its efforts now focus on stopping pollution from illegal mining in the Nanay river basin. As a recent Ojo Público report points out, the last four years have seen a drastic increase in the number of boats with gold mining equipment in the area, even though the use of these devices, known as dredges, is prohibited in the country.

For Manuyama, the Peruvian government’s inaction is inexcusable. The dredges are banned – and the continual activity is so dangerous – because they disturb riverbeds and affect ecosystems. The use of mercury and other chemicals in the extractive activity also endangers the health of this river, which is the primary water source for Iquitos, a city of nearly half a million people. The crisis has even more significant implications considering that the Nanay watershed is home to two protected natural areas: the Allpahuayo Mishana Reserve and the Alto Nanay-Pintuyacu-Chambira Regional Conservation Area, which are now surrounded by this illegal activity.

Born in the city of Requena, 160 kilometers south of Iquitos, Manuyama is of Kukama origin, something that fills him with pride. His ancestors migrated from the central Amazon, located in present-day Brazil, and settled in what is now Peruvian territory two or three centuries before the arrival of the Spaniards. Historical records of the period emphasize the Kukama’s ability to adapt to the river ecosystem and the incredible skill and technology they developed for fishing. “But I don’t speak primarily for my people,” the schoolteacher points out. “I represent diverse collectives that came together to demand fundamental rights.”

Peruvian photographer Musuk Nolte, part of the Vist team, came into contact with Manuyama while investigating the pollution of the Itaya River – which affects, among other areas, the Iquitos neighborhood of Belén – as part of a long-form report on the problem of access to drinking water in his country. “He is very respected in his locality, especially for his work around eradicating illegal mining,” says Nolte. “I was also interested in his profile: he is a schoolteacher who has managed to be recognized as the leading activist against water pollution in Loreto.”

Nolte is a Pulitzer Center fellow and winner of the Bertha Challenge 2022, a fund for activists and journalists covering social justice issues. Nolte has recorded over the past two years pressing situations caused by the contamination of water resources in several areas of Peru: a country where between seven and eight million people (almost a quarter of the population) do not have access to a source of drinking water.

This article reproduces some of the photographs Nolte took in the last stage of his research, focused on the contamination of the Iquitos rivers. It also includes a conversation we had with Manuyama. This activist’s perception of the environmental crisis in his locality, as a protagonist of the ecological struggle being waged there by civil society, can help to refine the meaning of these images.

Let’s talk about the environmental situation in Iquitos: What problems most concern you today?

Unluckily for us, the Amazon and the Loreto region is a place of many goods for a world addicted to energy and resources. A world that, therefore, puts us in the spotlight. The threats are many: timber trafficking, oil extraction, and drug trafficking. But illegal mining is undoubtedly one of the worst threats to the rainforest and the world. Because the rivers pay, the forests pay, and the human being pays, humans end up being badly hit and alienated. We are also living in a difficult situation regarding the authorities’ performance, which has left us much more vulnerable to these problems.

Could you describe the impact of illegal mining in the region? How do the people of Iquitos experience this situation?

In Iquitos, we have a nearby river called the Nanay. This river provides us with drinking water, one of the most fundamental goods for a living. It also provides us with food through fish, supplies us with round wood, and its beaches are a magnificent resource for recreation. The Nanay is a great river, but today it is being used to extract gold by local and foreign operators, and this puts the water, food, and health of half a million people at risk. In addition, this illegal activity brings pollution and is a vector of many social ills, such as prostitution, human trafficking, and drug addiction.

You are a school teacher; how do you read the response of children or parents to this situation? Do you feel, for example, that they are sufficiently informed about what is happening?

Let’s systemically look at things. We will realize that in Loreto, not only is the educational system suffering, but we have an institutional, economic, and social crisis, including education. But the problem is indeed profound in this sector: the region is in last place in school performance in the country.

This kind of institutional deterioration has social repercussions and, to a certain extent, prevents society from responding forcefully to the climate crisis at an organizational level, just as there are no solid environmental movements in schools. Young people are disengaged, which is very sad because schools could help a lot to make these issues visible, generate spaces for debate, and give a leading role to young people. However, schools are machines for teaching classes, even if the content of the classes is only sometimes the most relevant in this context.

Are there, in any case, other sectors of society in Iquitos that are more active in the face of this problem?

There is a struggle, perhaps not as we would like, but there are groups that are making visible the issues in the field of feminism, the fight for the rights of indigenous peoples, in the environmental issue, as in our case. The Water Defense Committee, the organization I am a member of, is a small space already ten years old. In addition, many university groups have been with us along the way, such as Mayantú. I understand that there are groups working in Belén with adolescents and important feminist groups such as Yucas Bravas. Despite our organizations’ lack of integration or strength, one usually finds collectives cleaning beaches or doing some work for the common good. We resist and hope to be able to articulate ourselves in the process.

“Who says the new dawn cannot break in the Amazon, Peru, and the world? But first, we must recognize that the Western world has expired. It has been installed by force and has not known how to give direction to humanity. What we are experiencing in Belen is the failure of a destructive, racist, discriminatory and predatory way of living and being.”

You mentioned the Water Defense Committee. How did you join this organization, and what are its objectives?

The Water Defense Committee was formed in 2012 when we, citizens of Iquitos, found out that two oil lots were being cooked in the seismic prospecting stage in the Nanay basin. That is, without consultation, without informing the population. So we called together many indigenous, environmental, and professional groups formed a committee and began to ask for information. It was easy to realize the danger that this implied for Iquitos, taking into account the experience of oil exploitation in other areas of the region. For example, the contamination of the Pastaza, Tigre, Corrientes, and Marañon rivers, caused by oil activity, has been denounced by organizations in those areas. The struggle of the Water Defense Committee grew and was decisive for two companies, first the American ConocoPhillips and then the Canadian Gran Tierra Energy, to withdraw from those lots.

Today, the Nanay basin is not free from all the evils but from oil extraction. We have also been making visible harmful projects for the Amazon, such as deforestation in a town near Iquitos called Tamshiyacu. With local, national, and international organizations, we managed to stop the deforestation of more than 2,000 hectares, which is projected to reach 45,000 more.

Today we are denouncing illegal mining in the rivers because, even though it is an activity that, in principle, is penalized, the authorities have not done what they must. If the State worked, companies would not do some activities.

Listening to you, I have the impression that his organization’s struggle is not only about preserving nature. Deep down, your position implies a different vision of politics. It means, in any case, revising the current capitalist model.

We have been raising the need for an energy transition for some time now. Oil activity has already completed its cycle, leaving us with a significant climate problem that will not end. If we have to go oil in the ground, so be it because there are also ways of extracting energy without destroying the environment or the vital balance of the planet. In the Amazon, for example, solar power could significantly reduce our dependence on fossil fuels. We have rivers that can serve us on a smaller scale to serve small communities without having to build dams. And in many parts of the country, there are other ways of substituting polluting energy, such as oil energy, with clean energy.

I would like to know your general impression of the critical moment that society is going through in Iquitos.

It is a critical moment, but the bad news can help us get out of our deep hole. There is a problem, not only locally but on a global scale: life is more threatened than ever. And we are not an island. We are in the same situation as everyone else. However, Amazon has certain features that we, the Amazonians, first have to recover. We are a millenary people who have demonstrated intelligence, creativity, and wisdom to live in an environment without destroying it. This is something that the world needs today.

If we Amazonians manage to look at ourselves and overcome this historical crisis; not only will we be able to recover our rivers and our forests and have the abundance we had in the past, but we could help other peoples with our goods, our plants, our way of living respectful of the environment. Small groups like ours can provide an example, a model for other nations. Who says the new dawn cannot happen in the Amazon, Peru, and the world?

But first, it is necessary to recognize that the western world has expired. It has been installed by force and has yet to learn how to give direction to humanity. What we are experiencing in Belen is the failure of a destructive, racist, discriminatory and predatory way of living and being. We must build a new intercultural, egalitarian, intelligent, and genuinely humanitarian world. And we are all called to be part of this great project. We Amazonians are not the victims of all the evils of capitalism, as has sometimes been portrayed. Instead, we have the resources and wisdom to heal society. 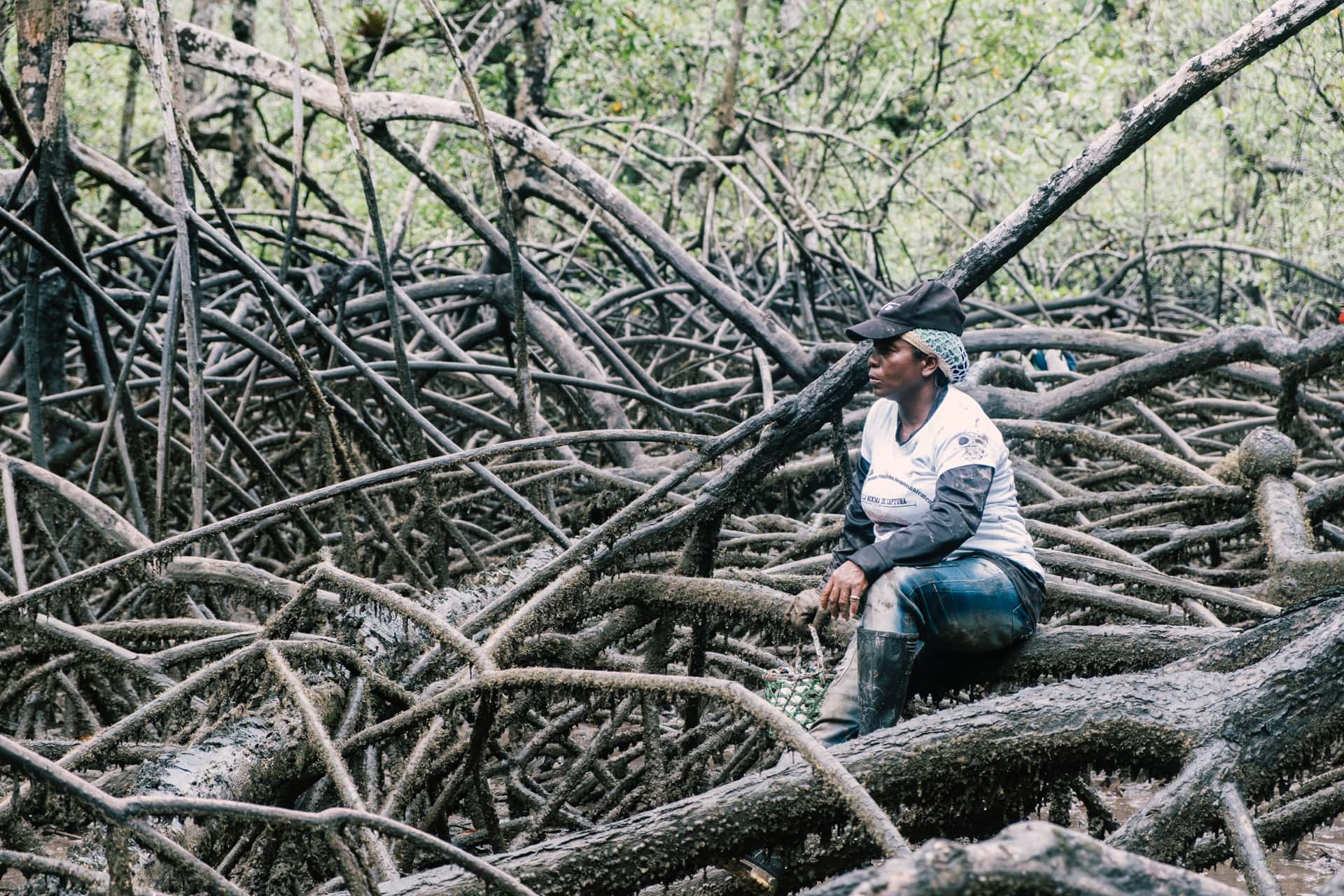 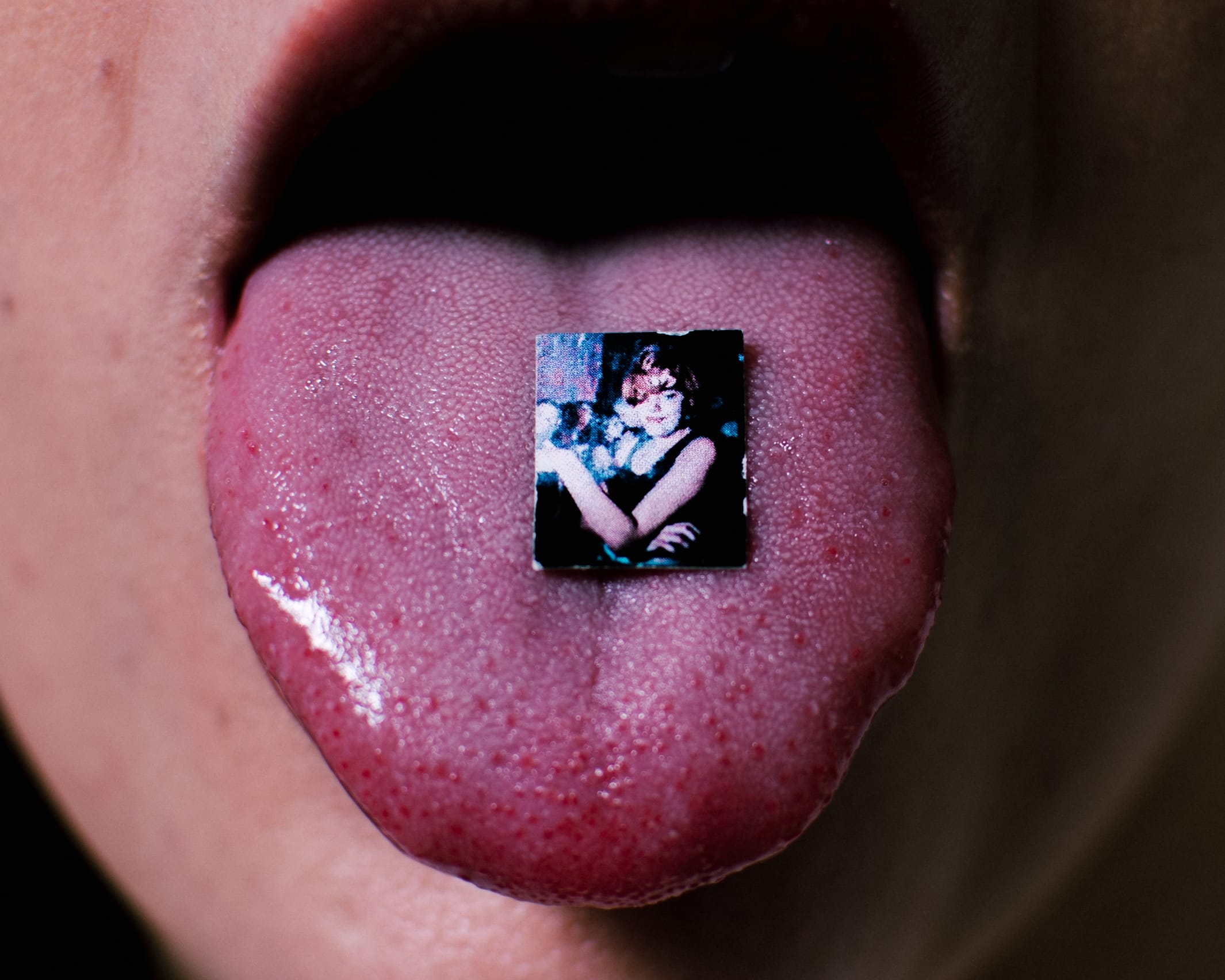 A class with the neighborhood chemist 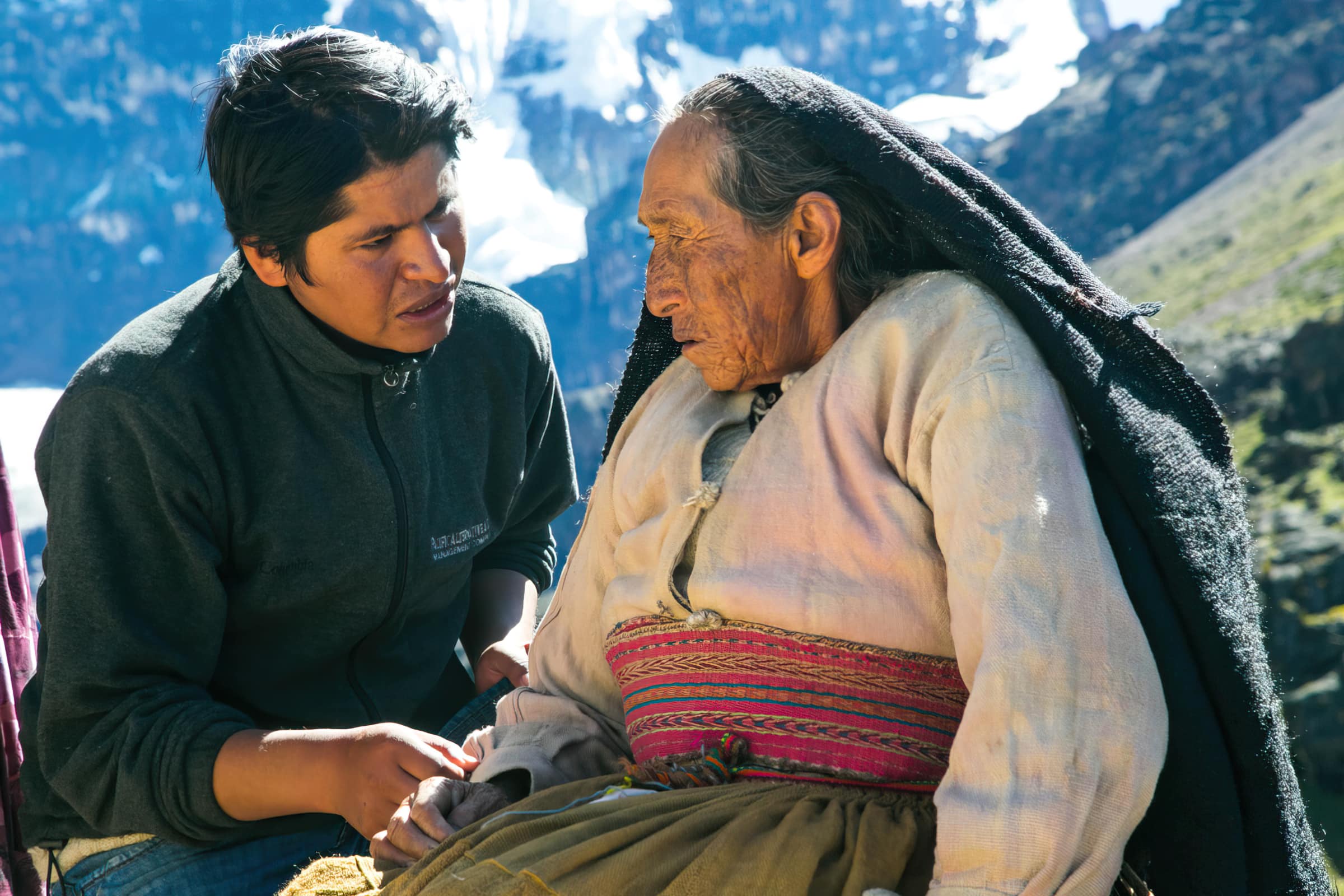 Óscar Catacora: Looking and feeling the world from the Andes