Marijuana in the drugstore

The pale green marijuana flower is delivered in a small crackle glass bottle with a wooden lid. On the label, gray and with an impeccable design, the name is detailed, Lemon Blossom, Sativa type, 22% THC, 0.9% CBD, and the type of “hit”: sociable.

Javier buys once or twice a month at the club he is a member of, an old three-story house in the center of Montevideo. He paid $ 400 for tuition, and every month he is entitled to buy up to 40 grams and at least 20 grams. He pays 200 Uruguayan pesos per gram, about $ 4.50. Gone is the memory of buying marijuana in clandestine “mouths”, at the end of long corridors to which he entered with fear, in which cocaine or base paste users were mixed, with armed people guarding and where he bought what they called “lever” from “Paraguayan pressing.”

If marijuana were illegal again in Uruguay, he says, he would never use it again. The “Paraguayan pressing” consumed before the regulation law, contained all kinds of additives to be pressed, stored, and concealed for trafficking, substances of unknown origin, from horse manure to grass.

Javier never hid to smoke before, least of all now. In Uruguay, smoking cannabis has been legal since 1974, when the so-called narcotics law was passed during the military dictatorship. The law recognized and continues to, that individuals have the right to consume and carry a minimum amount of cannabis – or any other illegal substance – for their personal use.

What changed in 2013 during the government of Pepe Mujica was that now, in addition to consuming, in Uruguay you can plant and buy marijuana legally, with certain restrictions. In 2014, a year after the law was passed, 60% of users were still consuming marijuana that came from the illegal market. In 2018, only 11% of users continued to consume “Paraguayan pressing”, and 13% of users bought marijuana grown in Uruguay but outside the legal circuit. This meant that in 7 years, drug trafficking was taken away and 75% of the marijuana market passed into the legal circuit.

One of the original objectives of the law was to get the drug market out of the market, thereby reducing violence and associated crime. But the data show that the violence did not decrease. Experience seems to prove that marijuana has nothing to do with violence and public insecurity.

These are some testimonies from the actors involved in the legalization of marijuana in Uruguay.

Daniel Radío, Director of the IRCCA (Institute for the Regulation and Control of Cannabis):

“The objective should not be to see if the drug traffickers sell more or less, that has to be a desirable side effect, that we steal the market from drug trafficking, but it should not be a guide to our action. I do not act for the drug dealers but the rights of the people ”.

Hermann Schreck Malgor. Degree in Psychology – Advisor in Mental Health and Addictions. Gestalt Association of Uruguay – University of the Republic.

“When the debate on the regulation of marijuana in Uruguay began, the first thing that appeared was a lot of fear, some predicted an apocalyptic future, an idea that from this law all adolescents would go out to smoke marijuana. That did not happen. “

The idea that many of us have today about drugs comes from a global strategy that was in the 70s and 80s, and it is the idea associated with the war on drugs, which imprints on us the idea that drugs can transform people.
“The image that people have of this broad and ambiguous concept that the drug is, first connects it with fear, and secondly, concepts begin to be established that today we already know are not real, that some drugs are a gateway.”

“If it was thought that the legalization of marijuana would reduce violence, they are very wrong. It has nothing to do with it.”

“By far the most generating violence in Uruguay is pasta. 99% of domestic violence is based on drugs and alcohol, and the majority of violent robberies in the street. Almost all the cases are due to the problematic use of base paste or cocaine.”

“The base paste, in some way, would have to be legalized so that something is sold that is not so addictive. Where there is the consumption of base paste there is violence. The addiction is so great, and it damages the brain so fast that there are no users who are not addicted”.

It is estimated that in Uruguay there are about 10 thousand consumers of base pasta. All the consumption of base paste, which is very widespread in homeless people, is problematic. From the point of view of the Police, the experience is partial, because they intervene when there are situations of violence, and not in cases of consumption without violence.

“The association between base paste and violence is the same as that with marijuana at the time, marijuana does not accompany violent situations due to its sedative effect, but it is not true that base paste is highly addictive either. It is highly toxic. Is not the same.” Drugs do not have the power to generate addiction.

“Today we know that there are no drugs that are doors of entry to, because an addiction is not defined by the substance that is consumed, but by the purpose for which a person establishes a dependency link with a substance or a behavior: we have people addicted to behaviors such as gambling. “

An engineer by profession, Mariana came from Brazil to Uruguay looking for cannabis products for epilepsy that she had suffered from since she was a child. In Brazil, she started cultivating in a closet in her house and making her oil. In Uruguay, with the legalization, the investigations advanced much more and today she is treated with medicines derived from cannabis, and she has not had an attack in 7 years. At this moment, she is setting up a medical cannabis cultivation company, to export to Spain. A very cumbersome process, as she relates.

The ton of marijuana exported to Switzerland, with very high production standards, is paid more than 7 million dollars. It is an industry that has no roof and a source of work that has no cap at the moment, and many countries have legalized medical cannabis. According to IRCCA data, Uruguay has granted 45 cannabis research or production licenses.

Knowing the substance improves its use: sometimes to sleep, other times to socialize. Although she relates, it continues to be stigmatized “Uruguay regulated the market, it allows smoking under certain conditions, but consumption is still far from free. If they don’t control how many beers one drinks per year, why are they going to control how much marijuana is smoked? That is why there is still an illegal market. “

He started farming when he was 17 years old, because he did not want to consume the “Paraguayan press”, and he learned everything by himself. Today he has an illegal club and sells outside the circuit because he has not obtained the state permits. He recognizes that many people buy from him because he does not trust the law, they do not want to register in pharmacies or as self-cultivators, nor do they want to belong to clubs, because that is controlled by the state and if that information is leaked it could harm them. It is true that the Ministry of the Interior has requested this data from the IRCCA lately, but protected by law, they have refused to share it.

“We have had contact with marijuana for 3,000 years or more, most of the time it has been legal, it has been used for medicinal or recreational purposes, due to the alteration of consciousness that it produces. The ban is done without much knowledge of the substance. That also prevented his scientific study. When one talks about drugs he talks about the drug problem as if it were automatic that drugs are a problem. Some uses are problematic and some others are not”.

It is estimated that between 90 and 95% of the money that drug trafficking represents has nothing to do with cannabis. Today a kilo of cannabis in Uruguay is worth around 800 dollars, and in Brazil, which is prohibited, it is worth between 4 and 5,000 dollars.

In Uruguay, there are three ways to acquire legal marijuana. According to data from January 2021 2021 ( www.ircca.gub.uy ), there are almost 44 thousand people registered to buy in pharmacies, more than 11 thousand registered for home cultivation, and more than 5,300 cannabis clubs, which adds up to about 60 thousand legal marijuana users.

These are users who have stopped having contact with drug trafficking to acquire cannabis. This means that they also buy a product whose composition they know, and whose quality is controlled. In addition, buyers who are still sourcing illegally, are not drug traffickers who belong to a network, but club growers who sell or give away part of their production, without having contact with organized crime. They are illegal, yes, they are criminal organizations associated with other drugs, no.

“Surveys indicate that the market is between 40 and 44 tons per year, but the surveys are supposed to underestimate the market, so it can be said that the Uruguayan market is 60 tons per year. An average of 2 tons per year is sold in pharmacies. That channel that was destined to be the most important has failed”.

Many people are reluctant to register in the registry required to buy because they distrust that their data can be made public, and on the other hand, marijuana sold in pharmacies has an extremely low THC of 3% and is not desired by consumers.

Even so, the demand far exceeds the supply, and to buy in pharmacies, long waiting lines are still formed today. There are many requirements to grant a license to the producers, the production standard is very high, and also only 14 pharmacies throughout the country are authorized for sale.

He started the procedures to sell marijuana this year, although if he sells medicinal marijuana oil, it is imported. At first, because he was afraid of having problems with illegal sellers, and because many of his clients warned him: if I have to mix with the hippies who come to buy marijuana, I will never go to the pharmacy again. But in 8 years, things changed. The queues to buy marijuana are not full of hippies but there are from bank employees to retirees and construction workers. The illegal “mouths” long ago stopped selling marijuana, and many of their previously reluctant customers are now consumers of derived medicinal products.

The stigma of marijuana has to do with two prejudices: that it is the gateway to the use of other drugs, which is false.

Daniel Radío, Director of the IRCCA

“Almost 100% of the people who consume base paste used cannabis, it is true, but also coca-cola. That way of reasoning is absurd. How many of those who consume cannabis are going to finish pasta base? A minority. There is no association that because it has a temporal sequence we make a causal association ”.

“The only thing we have of prohibition is a century. The experiment is prohibition. And the truth is that the experience is a failure ”. 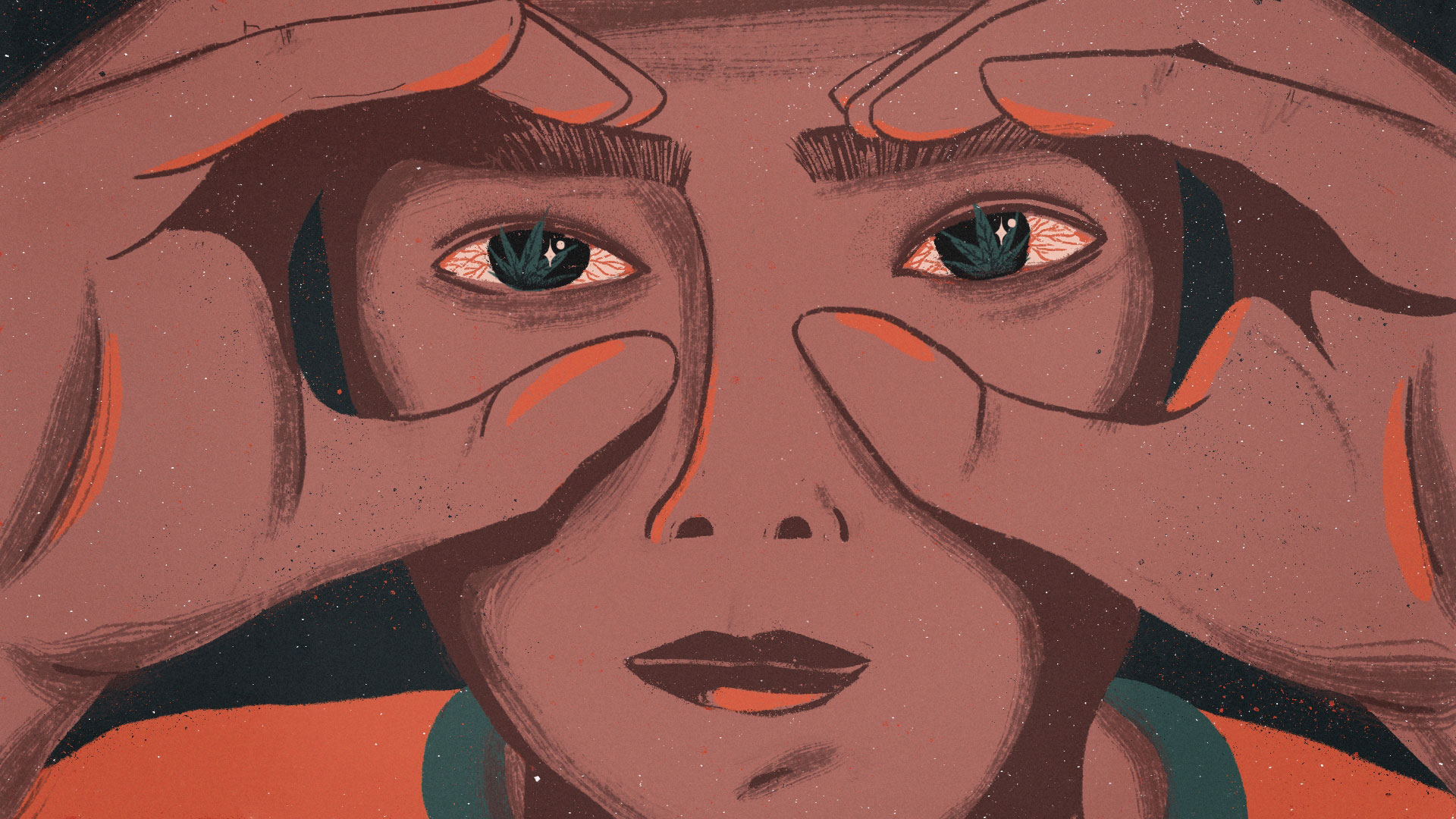 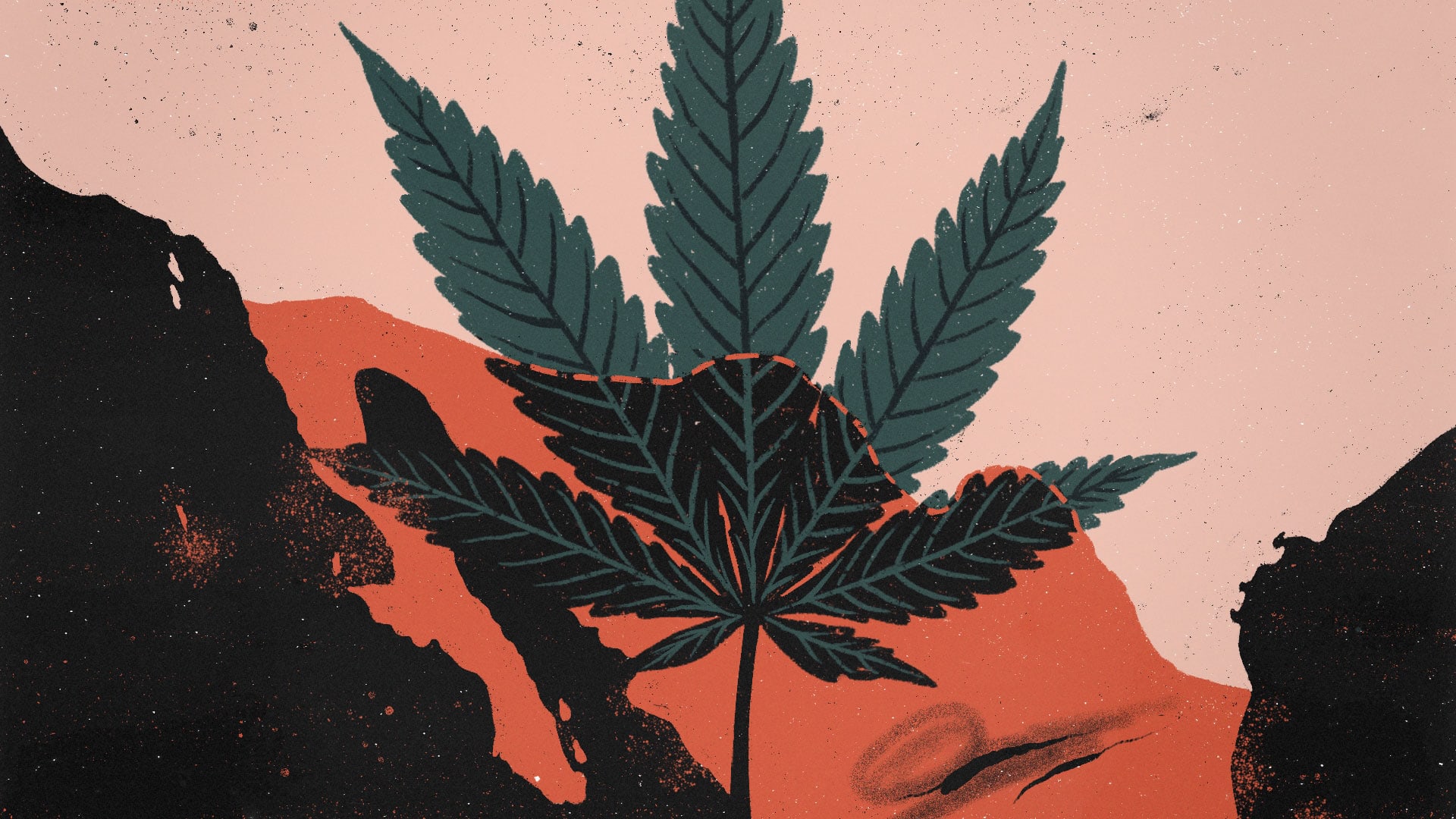 Cannabis south and north of the border: a market in the United States and a war in Colombia