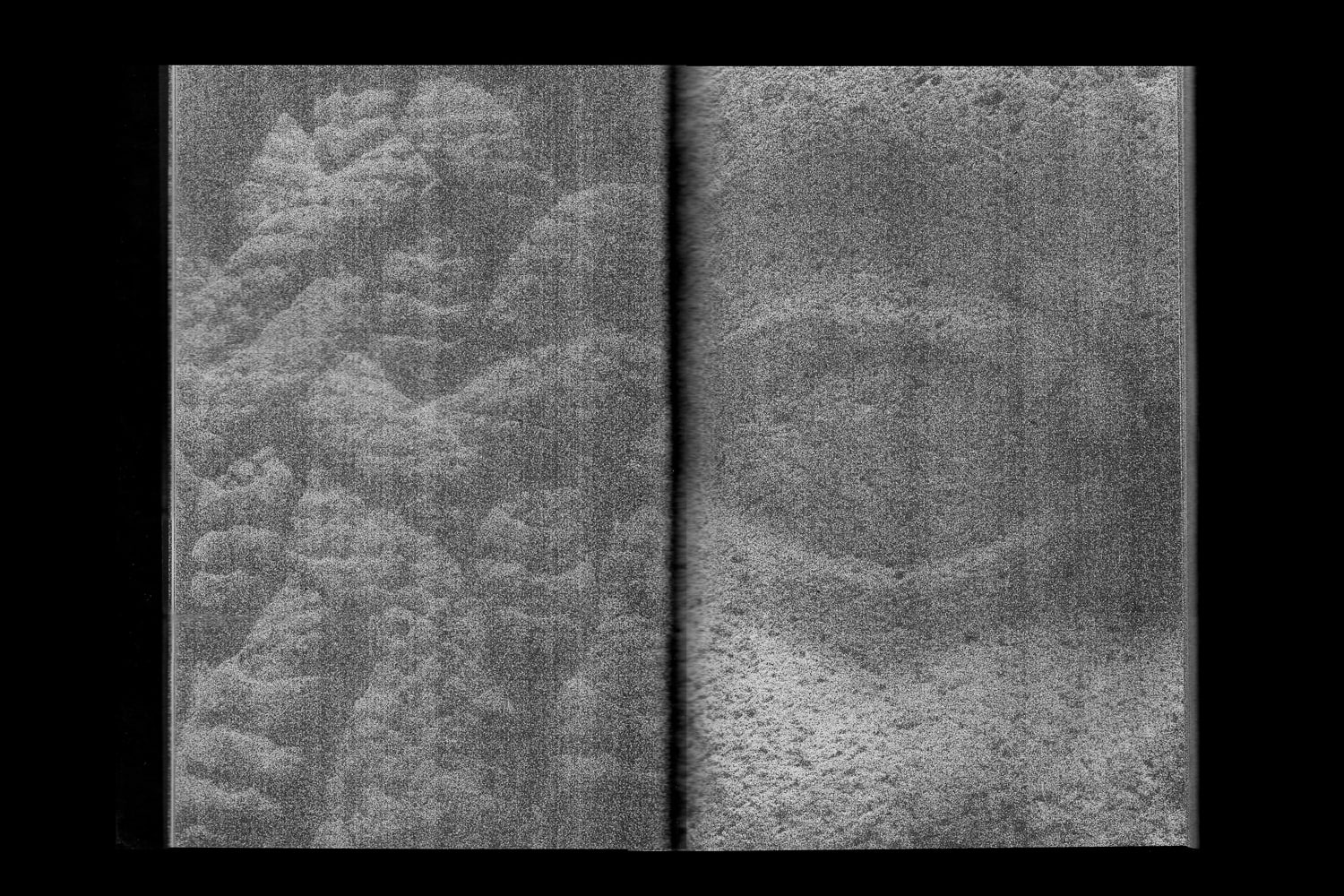 Martin Bollati behind the mirage

Martín Bollati says he fell in love with photography when he discovered that it was much faster in producing images than painting. He did part of his studies in the arts, taking several years with a particular focus on aesthetics and art theory. He did not finish and began studying photography.

In 2014 he received a scholarship to do a master’s in Conceptual Photography at Efti. There, in Spain, he continued not only taking photos but also writing about photography, particularly about photobooks. Martín says that he lives between being in love and disenchanted with photography; that he is bored by photographers, especially those who think they are inventing something new, and it turns out that there are artistic traditions that precede them.

In his photographic work and theoretical reflection, he seeks critical escape, plays with the ideas of truth, proposes fiction as a flag, and proposes the search for mirages in which desire and need are the motives of creation. He directs Sed, a publishing house that looks for works between two extremes: the critical escape of photography or the hyper-literarily and the accumulation of images. He is also interested in visual enigmas and seeing what lies behind the mirages.

There is an interest in understanding History in your photographic work. Could you talk about it?

I’m from the Indiana Jones and Looking for Wally generation. My visual training as a child connects to the idea that I will find something in the images. We were formed by looking at these big images, and there had to be Wally somewhere. With Indiana Jones, we learned that there are always enigmas. From that starting point, I am very interested in the relationship between images and archeology or that very ancient past, full of puzzles, of images that do not make sense at all or do not make sense at first glance and that we have to decipher them. Hence my visual relationship with the past.

Concerning the idea of History, I also come from a very disobedient tradition in terms of structures. I am interested in playing against specific hegemonic discourse models, and I think History is the greatest. I am interested in that History statement as a big thing, as an archetypal figure. Because also, the negative side is the lowercase histories, those that are absent, and the multiplication of possible stories.

In the text accompanying your book La forma bruta, you refer to Aby Warburg and say that “historical discourse is never born, can always begin again.” How does this relate to the idea of ruin?

There is a word that is surfacing a lot in my artistic production. In my notes, it was a word that accompanied me during the pandemic because I had it here in front of me, and it is the idea of continuity, continuity as a gesture. Some people call it eternal return, mythological thought, continuity, or, as they say in Buddhism, nothingness. I am interested in this constant becoming.

Returning to the reference, History in capital letters tries to trace a point of origin and from there a straight line through progress, as an advance, that is to say, there is one thing above the other, it is surpassed. Antagonistic to that model are the models of rhizomatic, mythological, continuous, and hyperlinked perception. Something that does not begin does not end but is continuously circulating.

The ruins, in that sense, have something exciting. Within them, there is the inscribed presence of civilizations with all their cultural load, with all their visual symbolic codes. At the same time, these structures are carried away by the burden of time, eroded, and it has entered into a new model of reading, ours. The idea of ruin is modern. There are cultures where this notion does not exist. 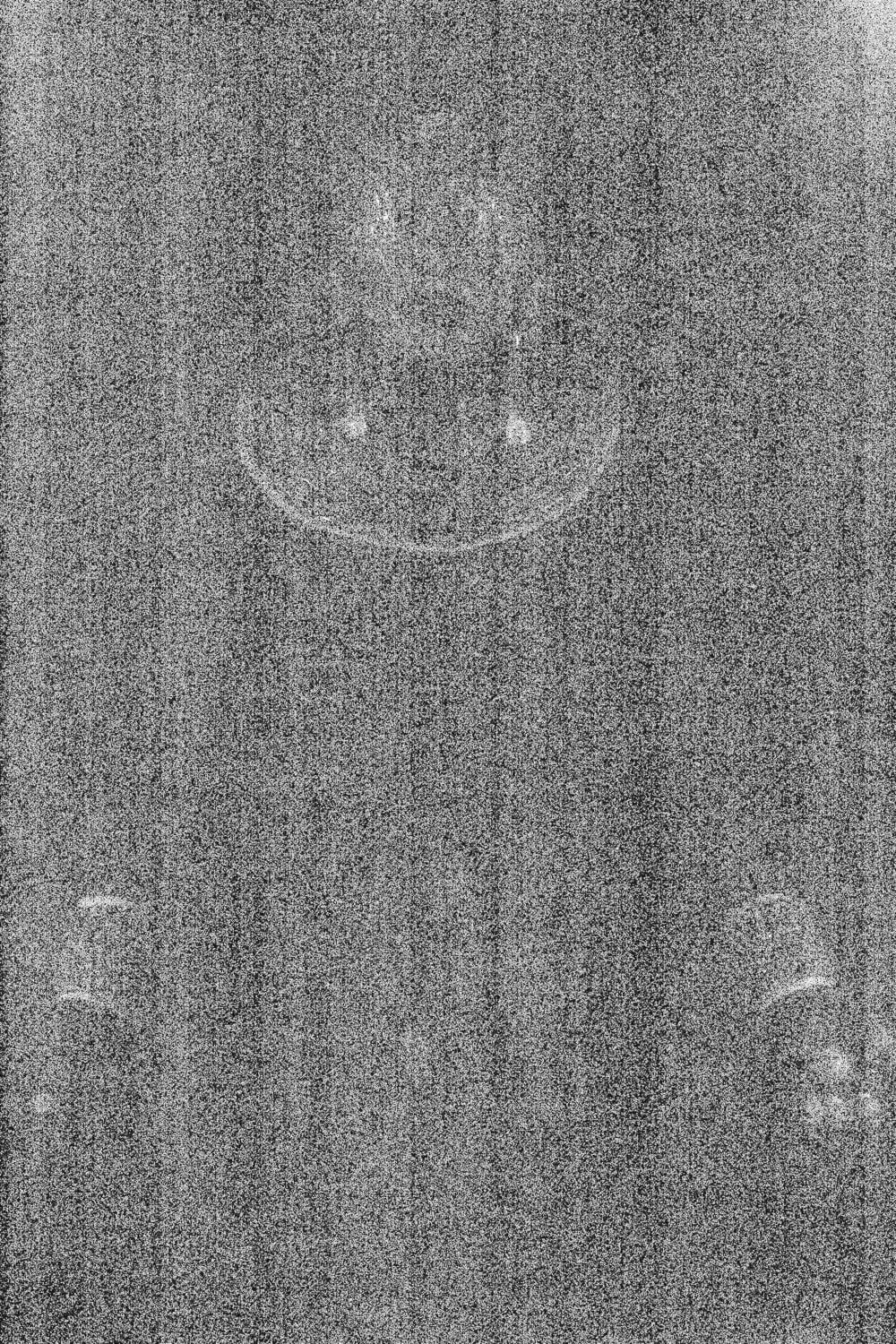 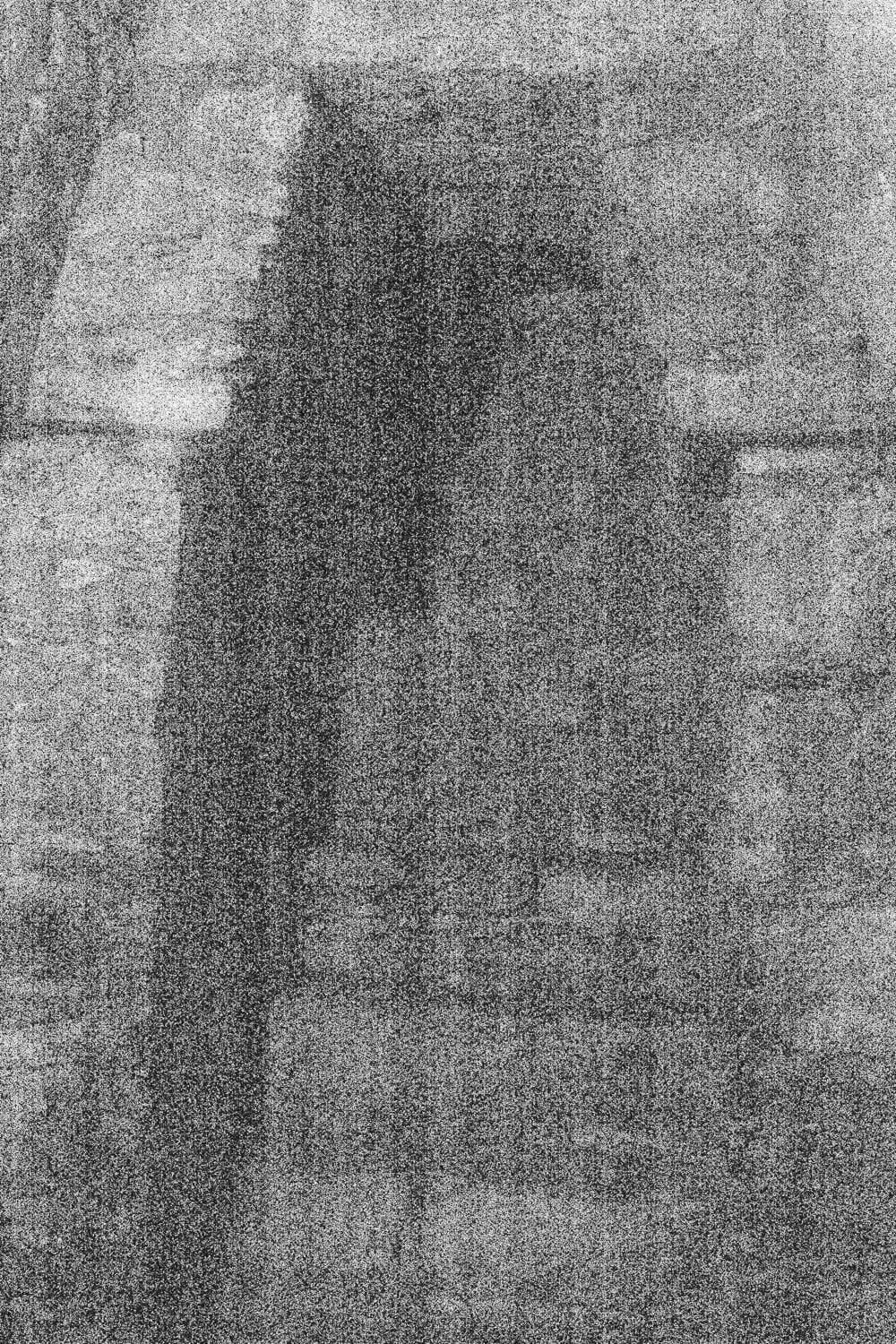 In the text of the book Esto no es una ruina, there are four sentences at the end. Let’s discuss them and start with the first two: “This is not a ruin. The motif is not the subject.”

That comes from a text written by Manuel Antonio Fernandez, the curator of my last exhibition, which is called Mirar la destrucción como si fuese máquina. He is also an artist; he wrote a text from some ideas and conversations we had, and the title mocks Magritte’s “This is not a pipe.” There is something that I often discuss with Manuel: we identified that in contemporary photography, there is a big problem: photographers, unlike painters, do not know how to separate the concept of subject and motif.

Photography is so literal in its production that there is great confusion. Photographers think what they are photographing is what they are showing. Painting has no problem saying that its motif is a flower arrangement and the subject is death. In the work’s title, there is something of a mockery of this system of literalism: I show you a ruin, but I tell you that it is not a ruin.

For me, there are two problems with photography. The first is that there is no division between subject and motif; the second is that photographers do not read, so there is no link with other disciplines.

You said at the beginning that you come from a generation that believes image will give them something, that they will find something in it. How does this work in the case of Ruinas?

On several levels, first, there is something that happens in Ruinas in terms of the performance of the images. In many of them, the threshold of visibility is shallow; there is little information; the reference motif is also unclear. So, the observer must be active to build the image more from the inside than from what the image has. From that perspective, the project is a scattering of information that seeks an active reader who works to join the dots. Secondly, I am very interested in constructing images that, like photographs, one doesn’t understand where they come from or what they are. I like to build these little enigmatic icons.

Part of the project is a book published by Sed, my publishing house. Everyone can download the book for free in pdf. There is a literal construction of a character in the first person who enters a temple and discovers things in the book. In the center, he discovers some writings that he translates, and in them, he finds a myth that contains many allegorical and diffuse clues, but at the same time, very referential. Reading that myth activates a question that makes something happen in the book’s specific space, which is the center of the temple. I thought of it as the center of the photographic camera, that place in the photographic apparatus where images are produced and to which we do not have access. 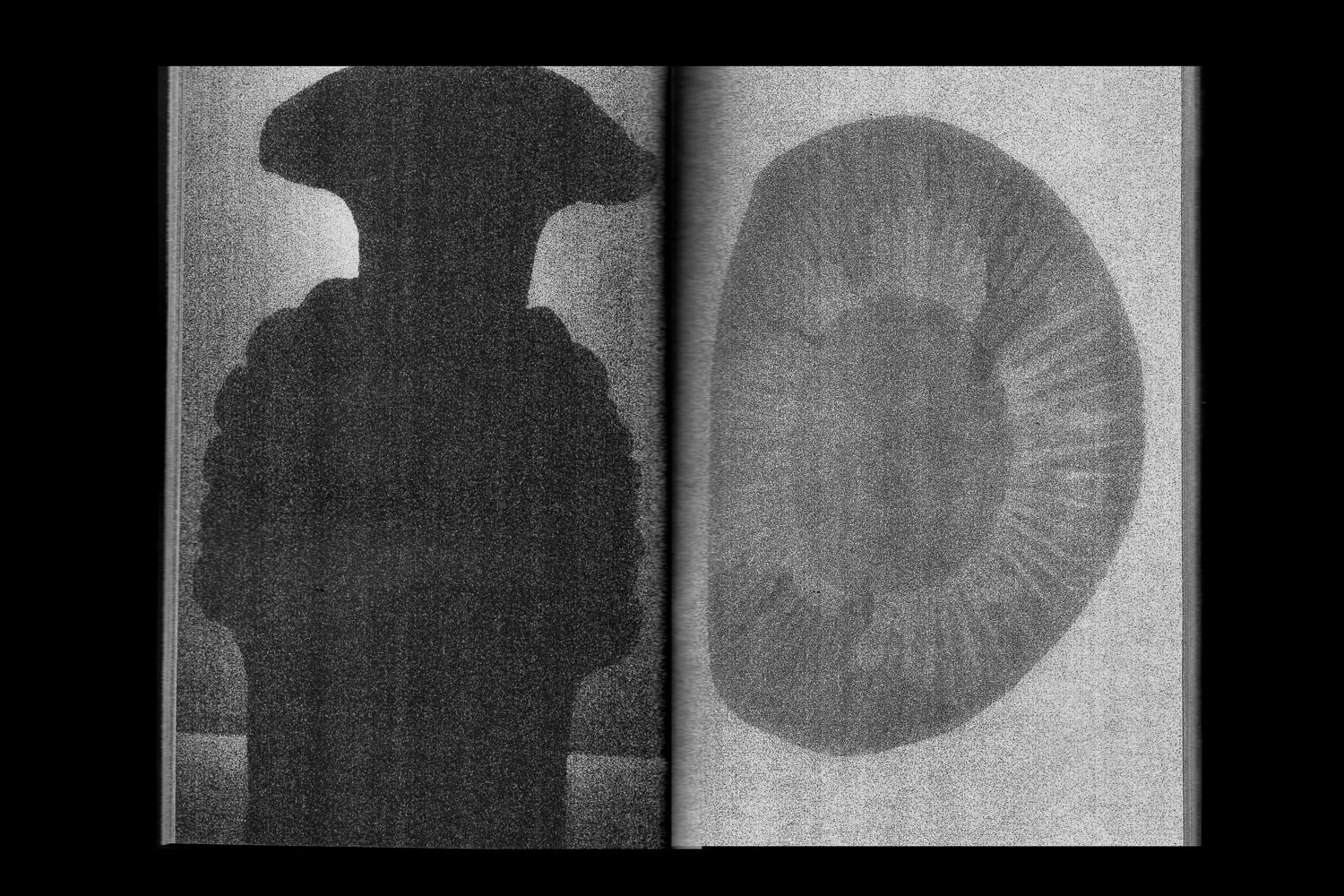 The following sentence is “Photography lies.”

Photography ontologically is a lie. One of the first photographic self-portraits is that of Bayard, a madman who sends his dead photographs with a text claiming. Photography is born with a first lie that says its origin is in Europe. There are many accumulated lies.

Now I am working on a text around the concept of the uncanny valley, an aesthetic theory of a Japanese philosopher used today powerfully for two developments. One is robotics and digital graphic arts, Pixar type. This theory speaks of a threshold of empathy, in which we have more empathy as something becomes more like a human being. There is a threshold that is the uncanny valley. The graph goes like this: empathy grows as something becomes more similar to a human being. Still, there is a moment when that graph is at 90% similarity where it drops radically, and a small valley forms, then it goes back up to 100% when it is a human being.

I’m working around that idea, bringing it into photography, how these images look like human beings, but they’re not. They look like reality, but it’s not. However, it is a birth contract; we must believe in something we know it is not. At first, I struggled with that idea because photography lies, and some people say it does not. Later I realized that this contradiction is constant. It is neither the lie nor the truth. That dispute is the space for me where there is a critical interest in photography.

Perhaps if we accepted it or abandoned the preoccupation with truth, photography could experience liberation.

In the years that follow, with more profound developments, we’re going to start dispensing with the need for photography or the camera as the only thing that can produce photographs. And that may make a liberation for photography similar to the release that painting had with photography. 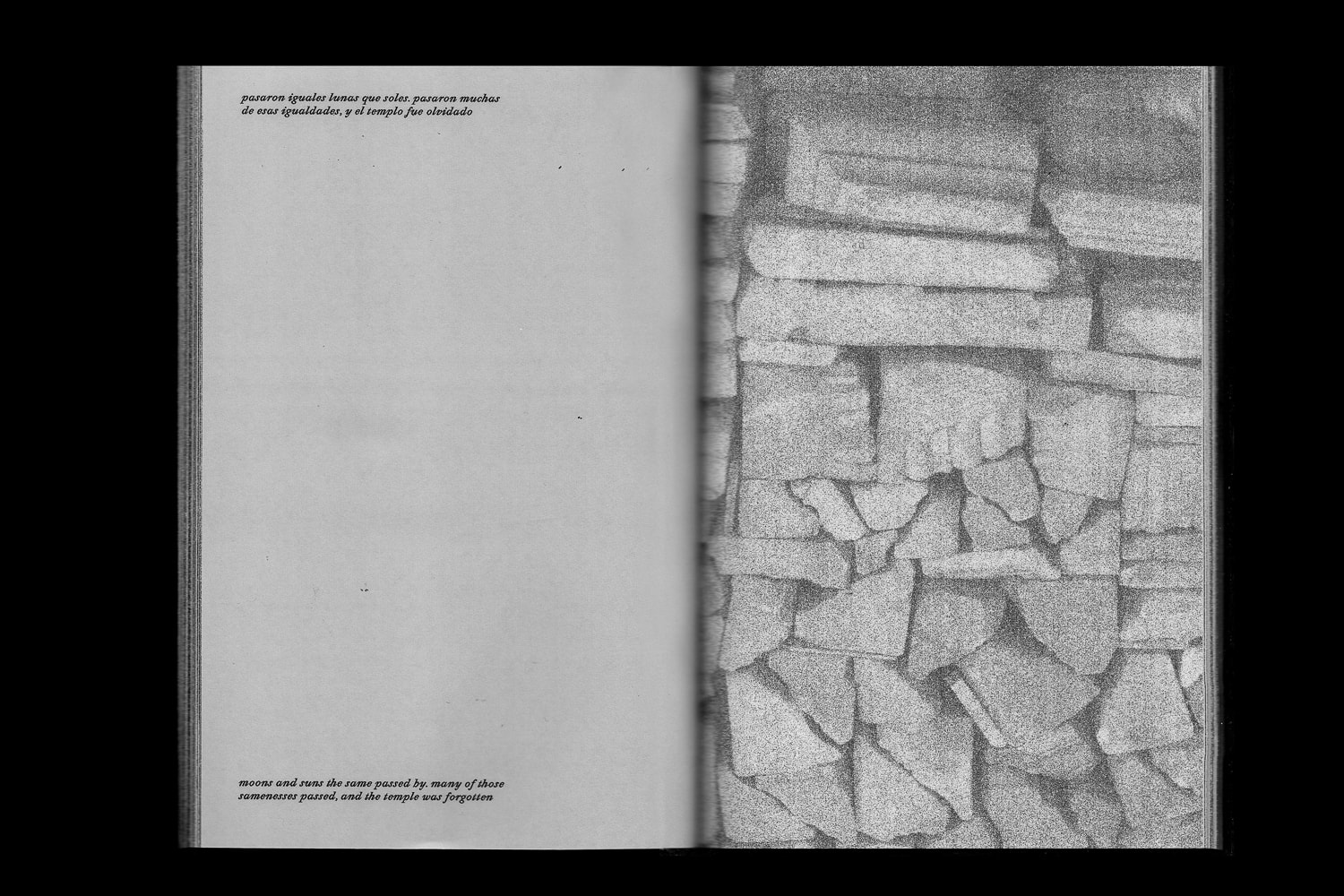 The last sentence: “The only truth is fiction.”

In recent years there was a not-so-good idea about the relationship between photography and fiction. People assumed fiction is doing stage photography, building scenarios and things, and photographing them. I try to inscribe myself more to the idea of the political capabilities of fiction. If we cannot imagine a new world, how will we change it? It is radical science fiction, imagining possible worlds, even the most distant ones. It is a political exercise to bring lessons and project scenarios that teach us things for daily life.

An excellent example of how to talk about concrete things is Federico Estol’s work Héroes del brillo. His work is a perfect example of the use of the fictional capacities of photography to build a framework that has to do politically with regional problems and that makes from the grassroots, from the land.

Finally, could you talk a little about Sed, your publishing house? What do you look for in it?

As a publisher, I seek two extremes: those who seek to escape from photography or those that don’t want to hide the obvious, the hyperliteral.

In the manifesto, I say that I am not interested in photography’s relationship with the mirror, but with the mirage, with the idea of that image produced by necessity and desire. It is the image of a man or a woman walking through the desert, thirsty after several days and faced with the need and want to drink water, seeing an oasis, seeing an image that does not exist. I am more interested in the photography we produce out of necessity and desire and not so much because we seek to reflect on ourselves.

I have a collection called Enigma. I am working specifically with projects that seek to disobey the programs of the devices and produce visual enigmas, a kind of visual puzzle without the reference image to assemble. Then I have another line that interests me more and more and, in fact, this year, two or three books will come out called Detrás del espejismo (Behind the Mirage), a little bit in play with Alicia Through the Looking Glass. It is a line that seeks from the text to try to think about our relationship with photography and photography books. 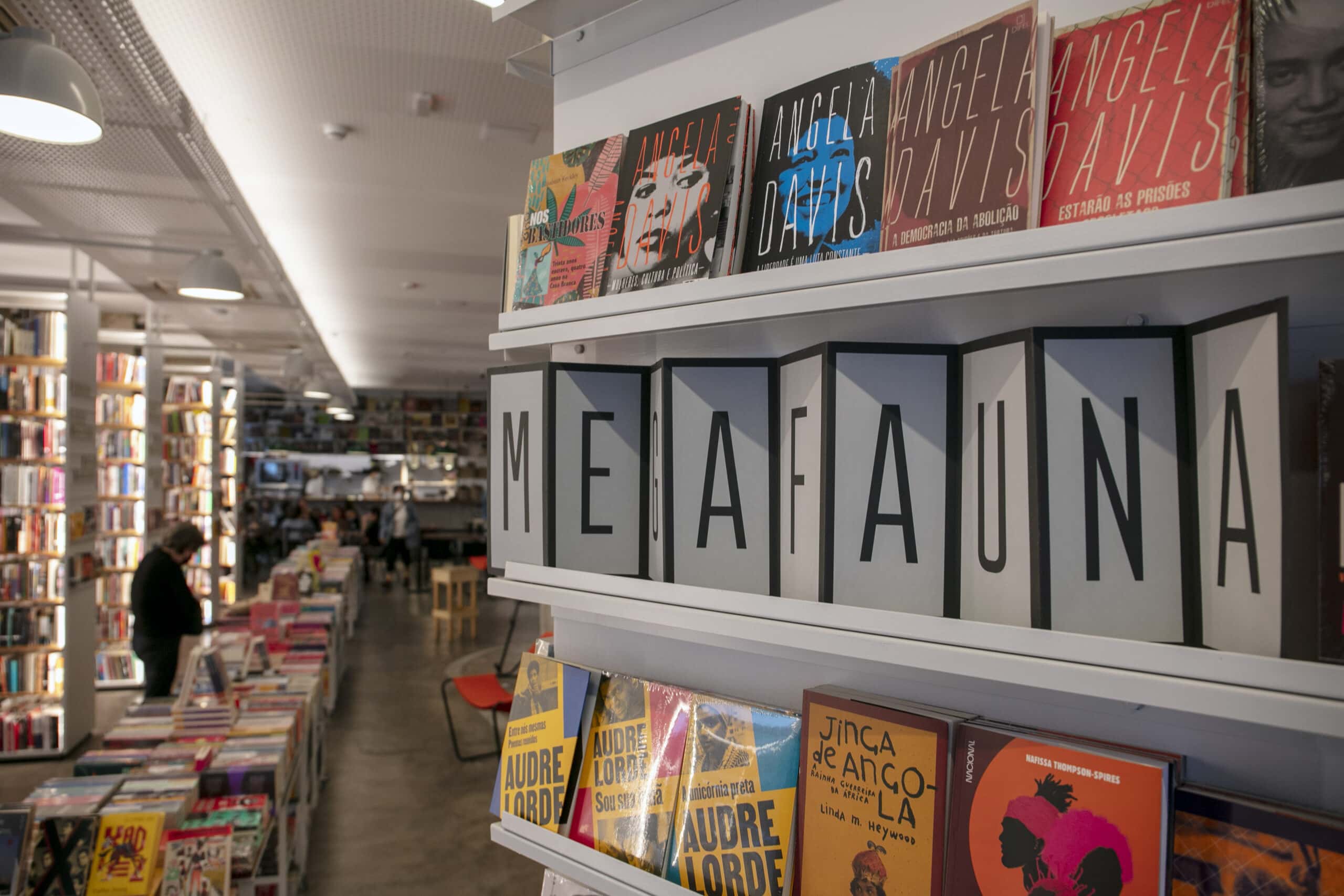 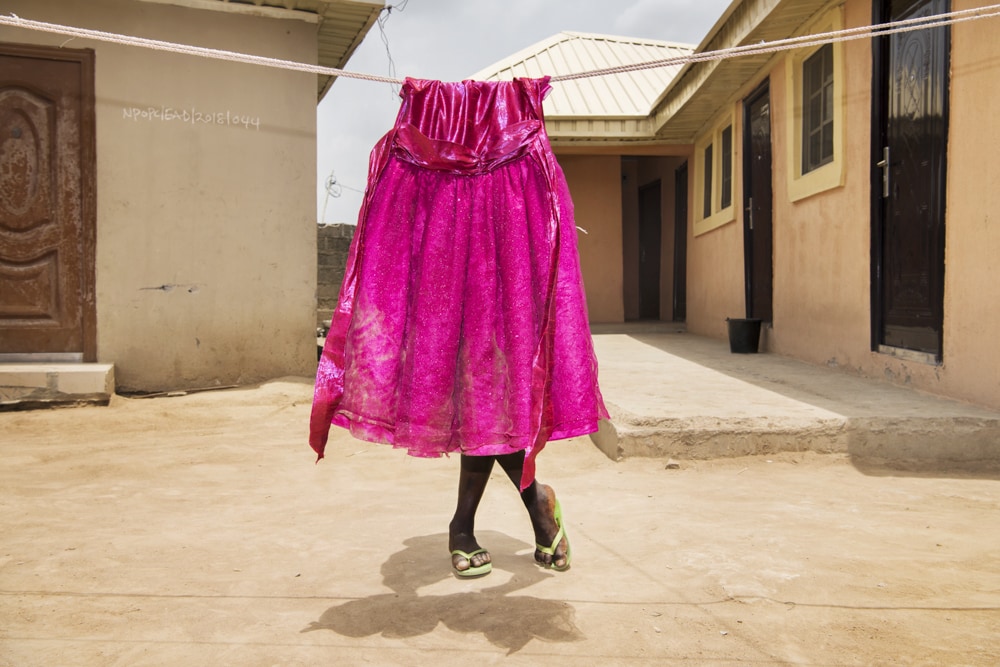 Benedicte Kurzen and the myth of war photographers  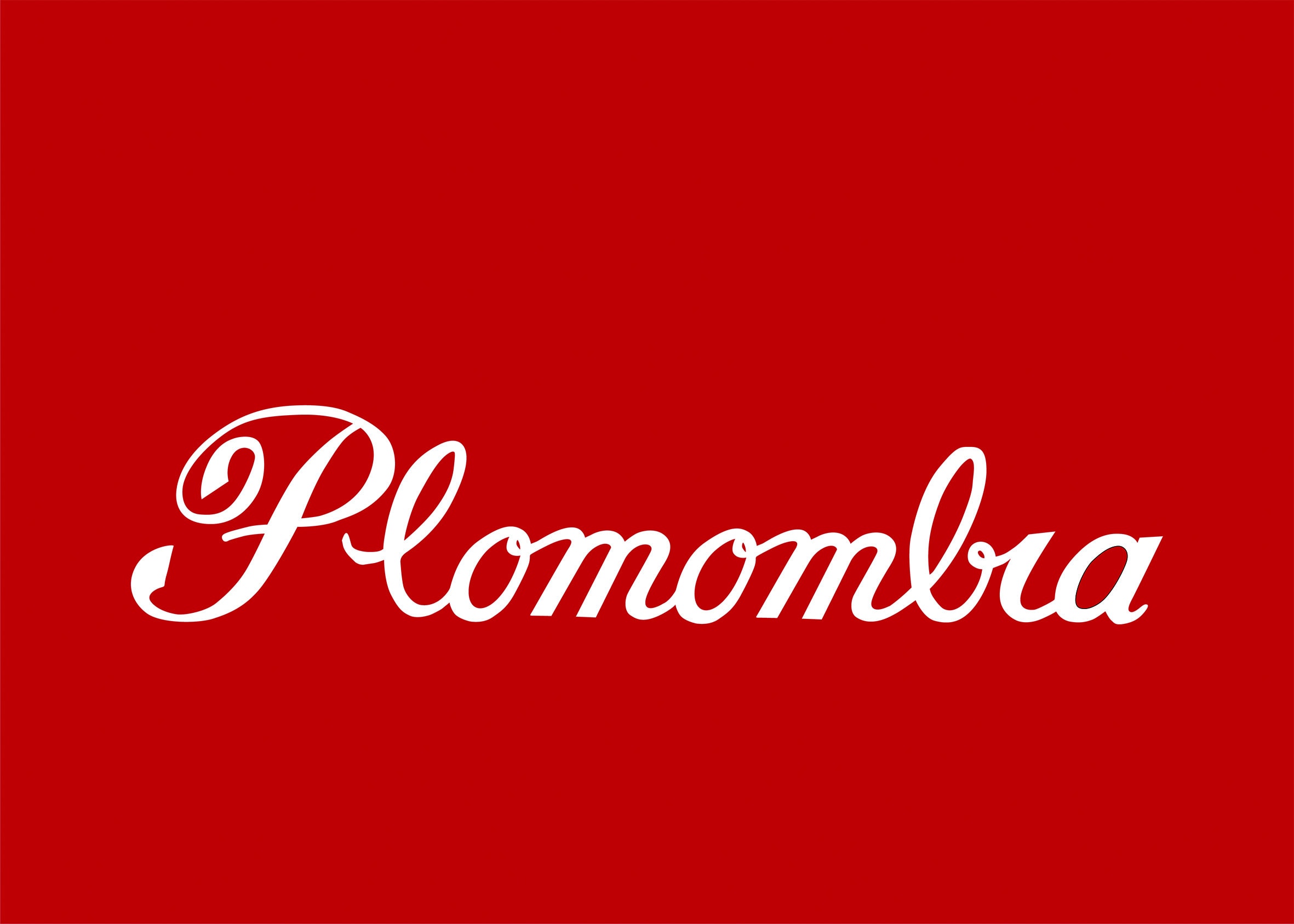 Art and drugs in Colombia: an investigation