Music to cross the Amazon

When the peruvian musician Jaime Chirif Watanabe was a child, he went to visit his grandfather in the jungle. Alberto Chirif, one of the most recognized anthropologists of Perú, studied the Amazonic communities. So, Jaime, inspired by the “incessant rhythm of nature”, wrote stories about the jungle. He told stories that show the struggle between human actions and nature.

He still remembers one: he would fall asleep in a car and in the dream he kept hearing a motor noise. And discovered that the sounds actually came from a humanoid machine. He wakes up, he gets out of the car and, suddenly, he hears the little sound again. “The idea was to stay with the doubt”, he says.

Jaime is the composer and sound designer who set the music for Atravesar Amazonia, the platform that portraits the Peruvian rainforest from different formats and views.

He was raised by his mother, the award-winning writer Micaela Chirif Camino, and his adoptive father, the renowned poet José Watanabe. “I had to grow up among poets, that always kept my hunger to discover things alive” he says. Probably inspired by his mother´s work, the first thing he musicalized was some picture books, that children’s format where the text and image play together. Later it came to his life the opportunity to do it for video games.

Jaime perfectly locates the first time the music impacted him. It was a live contemporary jazz concert that left him “stunned”. Also, he remembers how surprised he was “how a piece of wood and some strings could generate more than that”.

For him, making music is imagining, enterin an unknown world, creating it. Quite the contrary, he says, “of the technocracy”.

You say that you are not interested in the repetitive, what do you mean?

At some point, that’s the semantics of the word “conservatory”, right?, its goal is to conserve, and to conserve easily falls in the repeating category. There are many cases in which artistic performance is not thought about and is simply reproduced, instead of reflecting on history, context, concept.

On the other hand, to think about a production it helps me to cross it by disciplines and traditions or with something that happens today. I discovered composition and my head was wide open: you can invent universes, as long as that universe has some kind of evolution and a life of its own.

Was there something of a constructed universe in the musical creation of Atravesar Amazonia?

They give me five concepts: morning-river, afternoon-road, night-tree, geological time and human transformation. Te other project’s condition was to use field recordings, from the Amazon. What would connect the sonorous creation with the field recordings would be imitations of the natural elements and their contrast with them, oscillating between these parameters.

I tried to find a way for the sounds to be handmade, not to do anything very digital, that everything came from my hands. There was a lot of guitar set up to achieve unconventional sounds.

¿How was the process?

What I did was first work out ideas. For example, “morning-river” was about the individual, the equal and the multiple, I thought of drops of water. So I recorded several guitars to form a sound mass. Then they are interspersed with other sounds, there is also a violin that is heard in the distance, giving some depth.

Later, in the editing and post-production process, I did deal with sound design and digital manipulation –which also interest me a lot– so that these things would come together and have something more particular. There are many random, random, accidental recordings that in the editing and post-production instance are assembled as if it were a puzzle.

You have said that, with this work, you discovered bioacoustics…

Bioacoustics is something that I did not know and I began to know thanks to the project: it is about the study of sound in the animal kingdom. It has to do with how the ecosystem works. If you go to the Amazon, to a dense tropical rainforest, there are things you cannot see but you can hear.

In this ecosystem of sounds there is a balance of frequencies, where everything has a place. It is like a sound symbiosis. If you don’t see an item, you can listen to it. For me, music is a living architecture because it generates spaces in time and places to inhabit.

How did you compose, for example “night-tree”?

Recently I gave a workshop on early childhood in which we thought about how children draw a tree or a house from an early age. Since then, the representation of a house is very similar: glabed, even in Lima, where it does not rain. Regarding the representation of a tree, the question is how many times a child has drawn a tree, standing next to one. Something quite different would happen.

There are definitions that isolate the element as if it were not part of something else. The truth is that, if you pull apart a tree from the ground, it would die. A tree is not only a trunk with a bush but it has roots too, the ants that climb, the birds that perch, the fruit that it produces, who sits down in its shadow. Since you can’t the tree sound, I wanted to make the world that moves around it to sound.

Did you meet the jungle for your grandfather?

My grandfather, Alberto Chirif, is an anthropologist and has lived in the jungle for about thirty years, he is dedicated to studying the Amazonian communities. The first time I went to visit him I was a boy and it struck me that when night came, life was more evident, all that is not human. So in this job, I wanted to dump a little bit of that as well. We are being sold a sweetened image in which nature is somewhat docile and I feel that it is the opposite: I do not want to say “wild” but it is something so alive that it is incessant.

How did you get into the world of video games?

I think it’s typical of my generation, I was always addicted to screens, now I try to be less so. I discovered, not many years ago, very beautiful independent games. For example Amanita Design, a video game company from the Czech Republic that does very special things. There are very interesting video games that connect with experimental or independent animation cinema. There, the dialectic between sound, image and content is much richer, less obvious than in a traditional game. I am interested in the sound-image relationship when it is not so realistic, like a magical or surreal realism. They are video games that propose ways of exploring more than ways of playing. Or, in other words, to play is to discover those created universes.

“Help a man walk through his dreams while learning to accept his own death,” says the description of the game Arrog, of which you made the music, what was it like?

For me it was a great opportunity, a discovery about how sound and music can be in relation to an interactive moving image. It was discovering sound design as a kind of dialectical thing with music. The game is about a character who dies and goes to another plane. There is a white plane with black lines and a black one with white lines, it moves in these dimensions.

The sound is very important since there is almost no text. We want the visual and the sound not to have a hierarchical relationship. For example, in sound there was a conceptual idea behind: “the wind is the wind of a dream so it is both the wind of the world and the breath of the character.” These are things that, perhaps, are not heard in an obvious way but are perceived and they help one to have more coherence to weave a universe together. 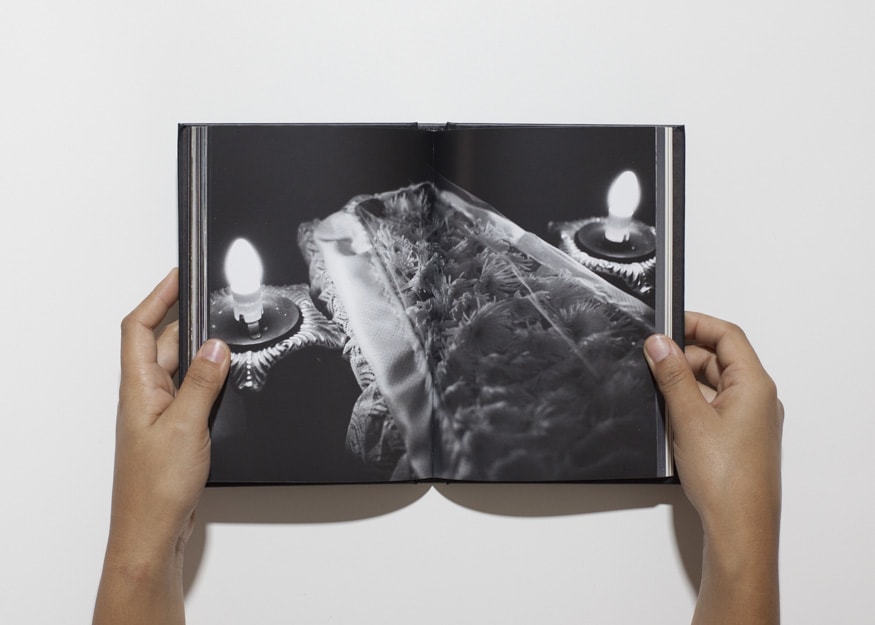 Reverberation and subtlety: possible relationships between photography and memory

The Long Decisive Moment when a World is Put to Death 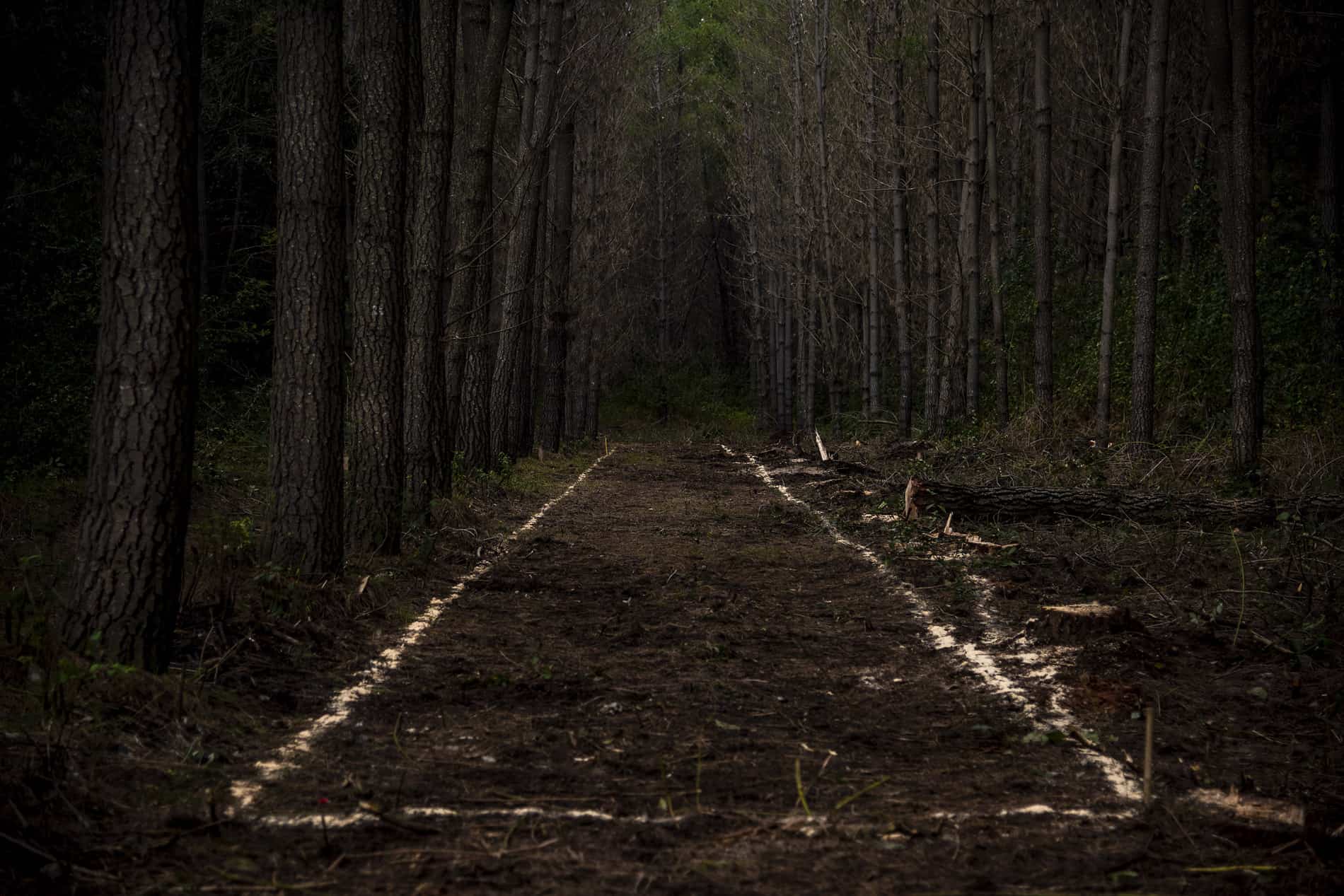 Mapuche People: the Eternity of Tomorrow