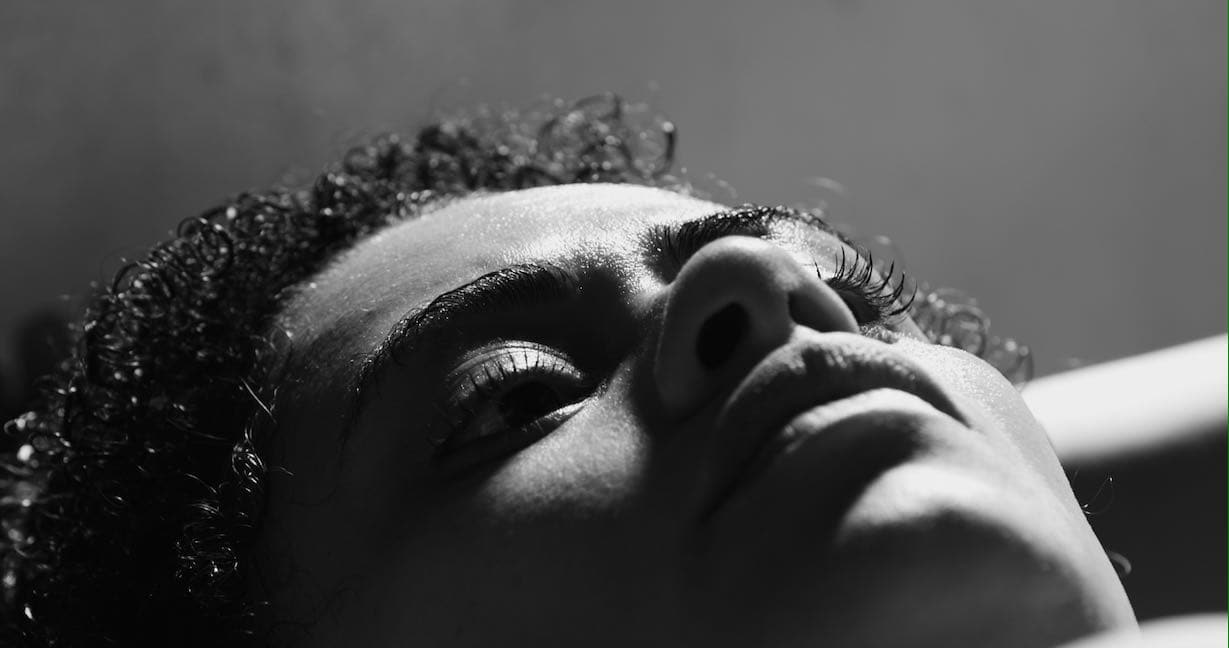 God is a Black Woman 

In a scene from Alfazema, the latest short film directed by Brazilian Sabrina Fidalgo, a black woman with braided hair appears after an interference, smoking marijuana in a pipe. She has earrings of rhinestones and pearls and jewelry in her hair. She is impatient and annoyed. They ask her who she is, and after clarifying that she is the creator of everything, she says: “Eu sou a dona da porra toda”. It’s God, or is it that God can’t be a black woman who wants to go to the Carnival in peace?

Alfazema (2019) and Rainha (2016) are two short films that are part of a trilogy about Carnival. Sabrina Fidalgo is a black Carioca filmmaker who wants to tell stories related to the Carnival in Rio de Janeiro with these two pieces and Karnaval, a feature film project in development.

Sabrina says that cinema can change imaginaries and that, perhaps in this way, it can contribute to the fight against racism. In any case, she is doing just that. Sabrina has been a film fanatic since childhood, trained as an actress with her parents, founders of the Teatro Profesional del Negro (T.E.P.R.O.N). She studied in Germany, directed several plays, and founded a film production company called Fidalgo Produções.

The main characters in Rainha and Alfazema are black women. Do you have a particular interest in telling stories about black women?

Before, I did some plays with white protagonists and actors. I also did Black Berlim, where I worked with black actors in Germany, where the protagonist is black, and there is a black antagonist. I played that role. It’s not a straitjacket. But it is a desire that I have, evident in my work, to bring other faces of Brazil to be protagonists in the cinema. I am referring to black, mestizo, indigenous, and not only white people, which are the most common in Brazilian cinema.

How typical is it to have black female directors and actresses in Brazilian cinema?

Brazilian cinema is a white, macho, and elitist cinema. The first black woman to direct a feature film was Adela Sampaio, in 1984 with Cursed Love. After her, it took many years for other black women directors to arrive, like me. It is not very common, but since my generation, new black women directors are appearing who are directing short films, and some of them are also directing feature films.

They do not have the same infrastructure to make their films as white directors. You can see, for example, that it takes a long time between one film and another that they make, and there are still many difficulties in making feature films. In other words, there is still a lot of injustice in the market regarding budget distribution, sponsorship, and support for black female and male directors to make their films.

What do you think about the issue of representativeness in your films?

It’s a central theme for me because I grew up watching Brazilian cinema in which I didn’t see myself. I didn’t see people like me, and when I saw them, they were always playing ridiculed stereotypical roles. The men are hypersexualized; the women are prostitutes or maids. And I was left wondering why you only see poverty, scarcity, and lack when it comes to black people on the screens.

I grew up with that. I come from a very militant family. My parents were the founders of Teatro Profissional do Negro; there was always a lot of discussion about that in my house. That experience made me grow the desire to change that paradigm and make black faces, mestizos like the ones I see daily in the streets. Of course, I am interested in a protagonism with dignity that does not reproduce those stereotypes.

When a large part of the population is erased in the cinematography of a country, it seems to me that you want to say something. For me, it is a white supremacist plan, an interest in being European and Caucasian, in erasing that racial identity that is, I repeat, the majority of our country. In that sense, for me, Brazilian cinema is very problematic because it reproduces a radical racist idea of whitening. 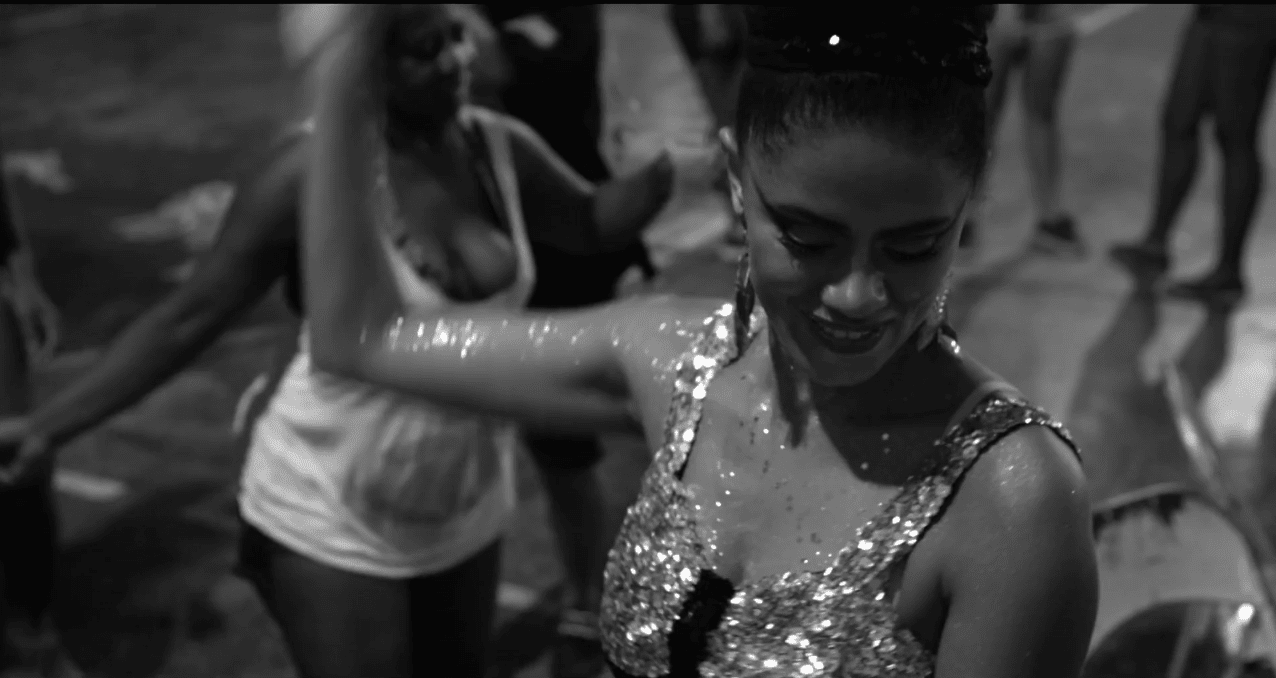 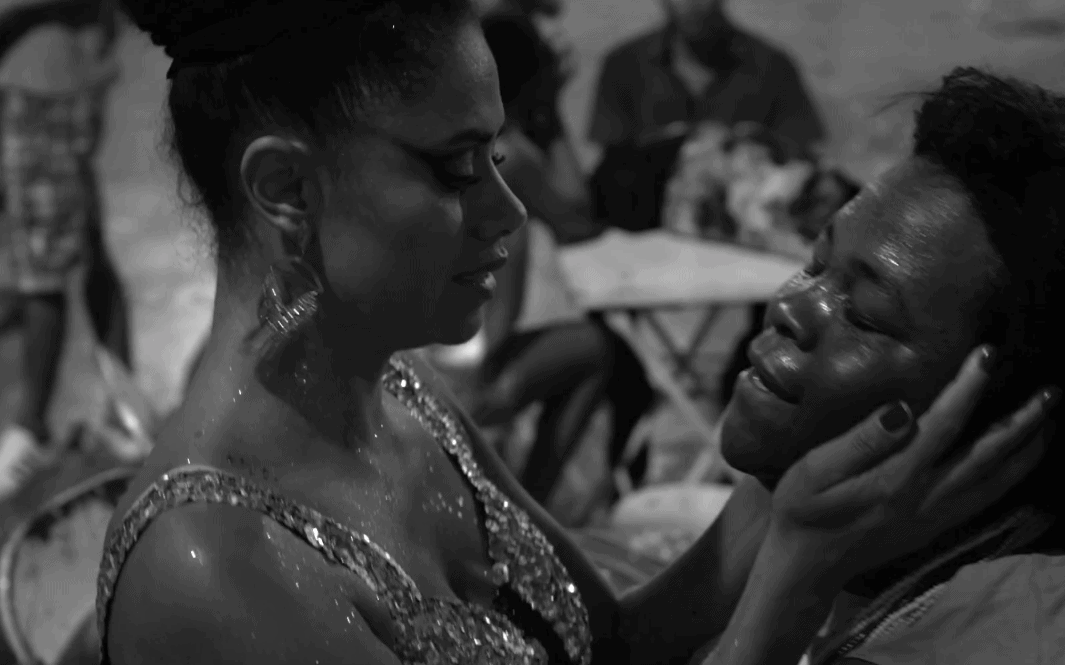 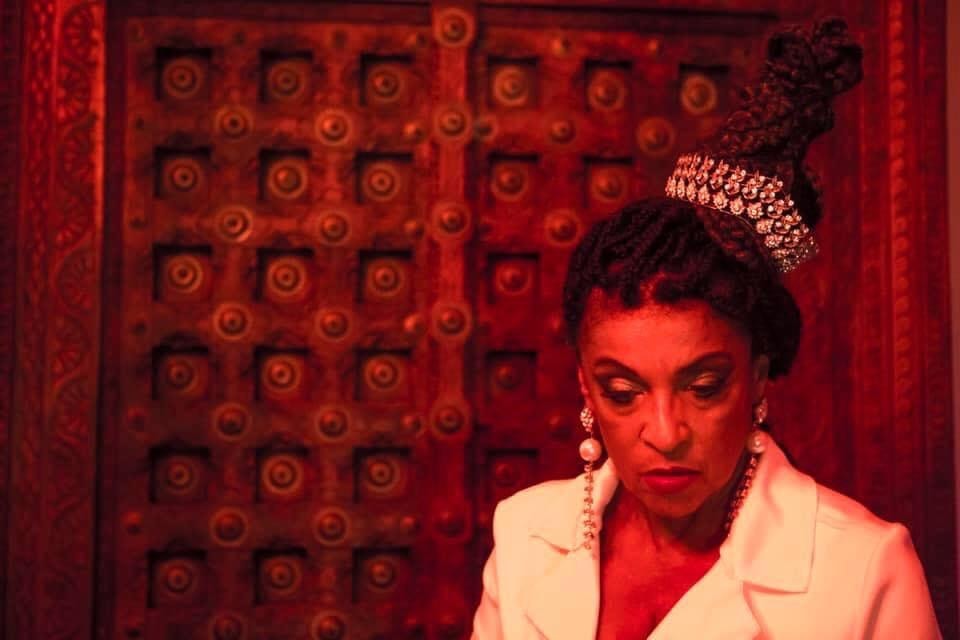 So, do you think cinema can help in the fight against racism?

Indeed, films are potent weapons; they work with fantasy and play, but they also speak to reality. If you constantly watch movies and see a series of images, you start to believe in them and take those images to places in your life. So you begin to think that some things are possible and some things are not possible.

Cinema is very powerful. Maybe it can’t end racism sometimes, I don’t think it will ever end, but it can help in building an equal society. Suppose a white Brazilian girl grows up watching movies where no black people exist. In that case, only successful white people reproduce the ideals of beauty. When she grows up, she will think that everything that is not white is not beautiful, exciting, or consequential. She will end up reproducing the racism she learned watching movies throughout her life.

Cinema is the construction of imaginaries. In the 1920s, the United States was going through an economic crisis, in an interwar period, suffering from Prohibition, and this Hollywood machine sold completely different imaginaries. That country became what it imagined at one point in its history: a power, a land of wealth and heroism. So, yes, cinema, with its capacity to build imaginaries, can help transform society.

In Alfazema, God appears; it turns out she is a black woman. Would that be a way to change imaginaries?

Of course, it is. In that case, we were criticizing Christianity, that Catholic model imported to the Americas. When we see images that portray God, we always see a white, old, bearded man. We wanted to play with that. God can be many things, if they exist, he can be whatever anyone wants. Why couldn’t he appear in the body of a black woman? 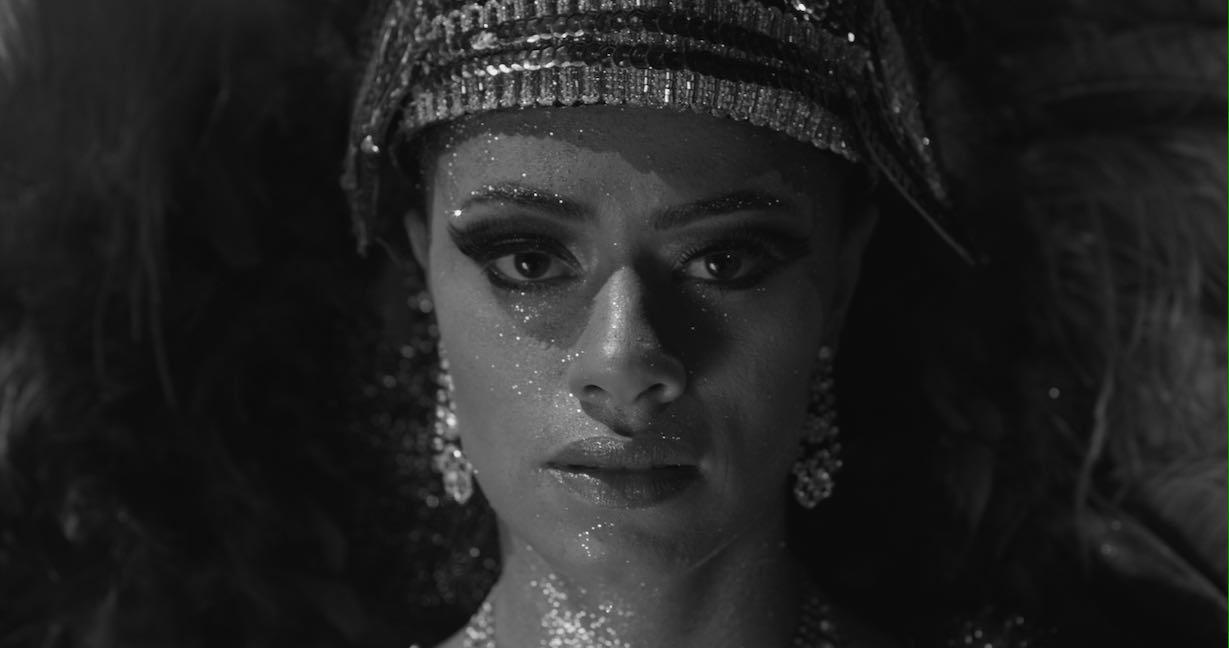 Besides, she is a black woman who wants to go to Carnival.

Exactly, who says that God doesn’t like Carnival or that he doesn’t like sex? That is a very Eurocentric, very Judeo-Christian idea of sin and guilt. That form of colonization put an end to many things. If we look at the native peoples or the descendants of Africans, they see the spirituality of God in very different ways. For them, God can be nature, a force, a divinity that dances, that like sex, or that likes to eat. When I thought of that character, I felt a lot about that: God is a black woman who wants to go to Carnival. Because if Carnival brings people happiness, it is a God thing. 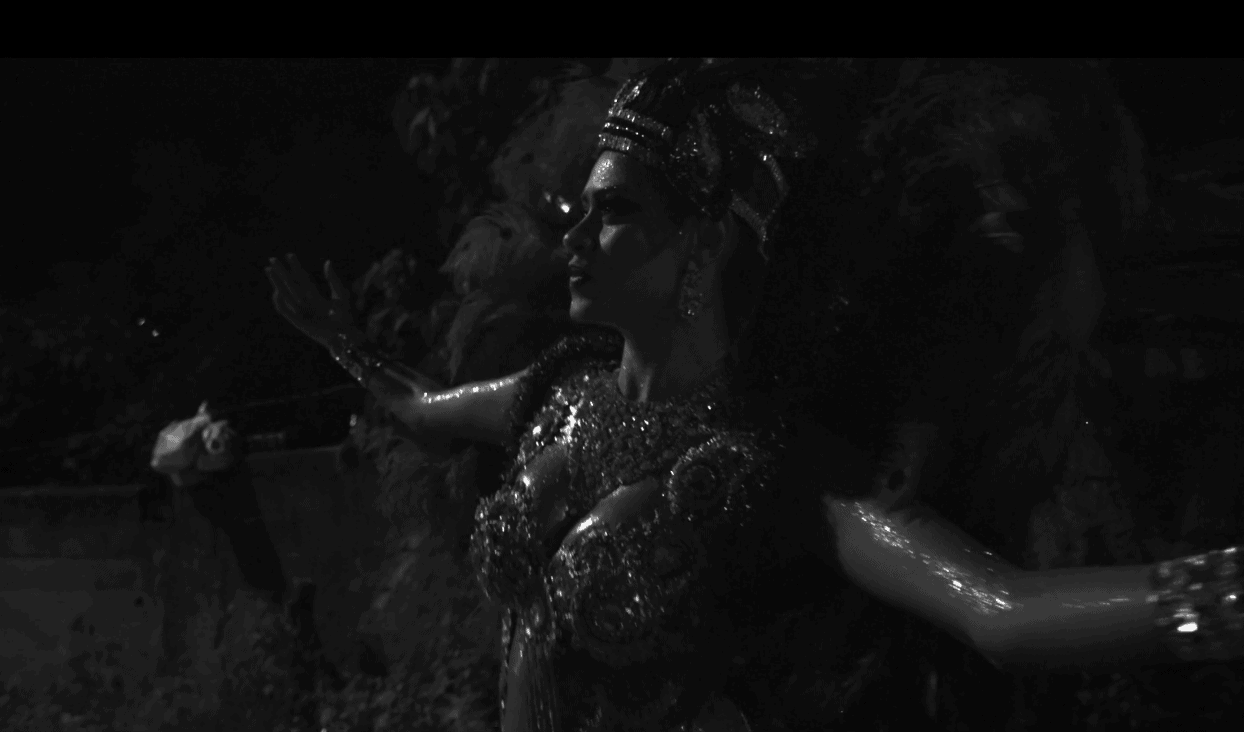 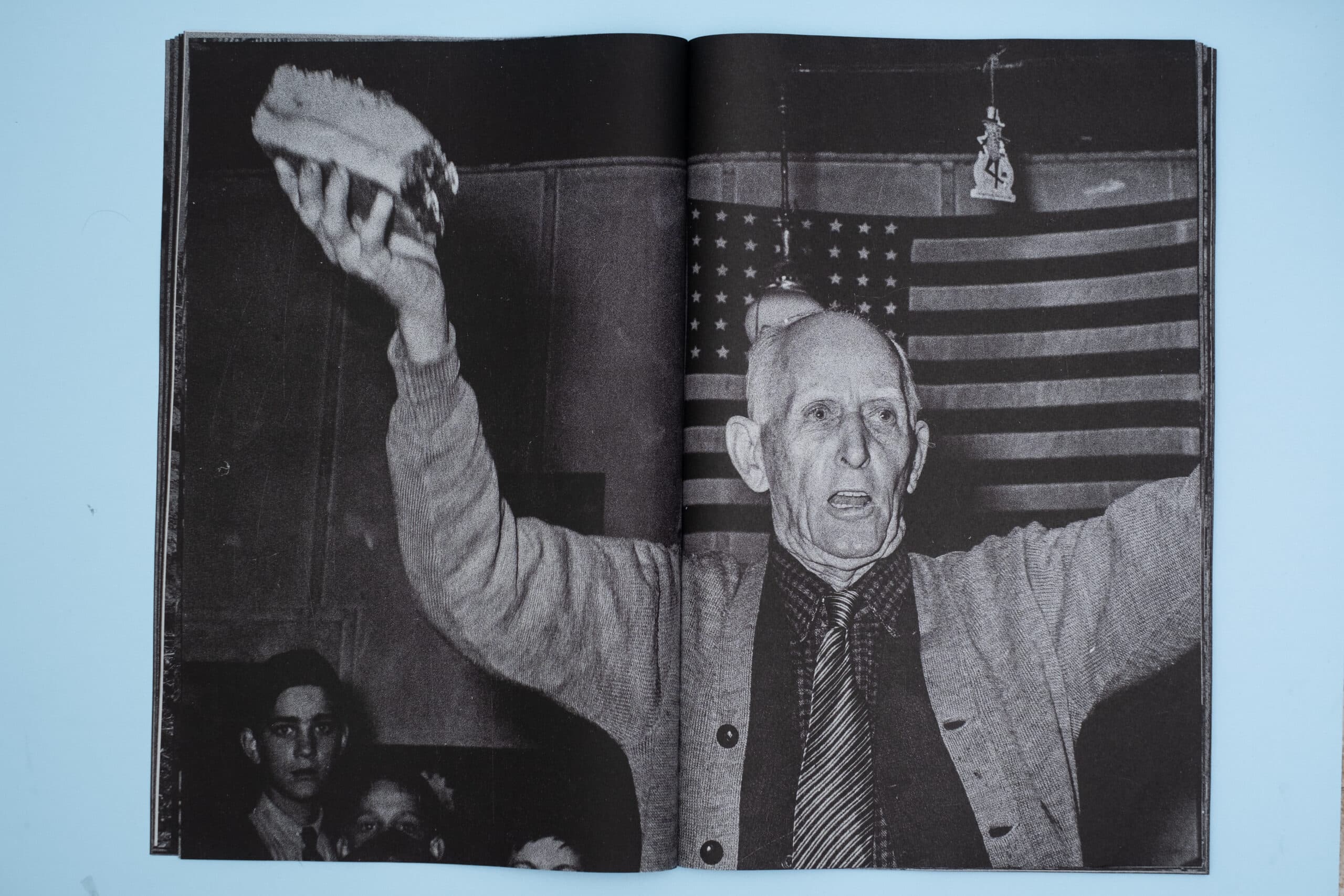 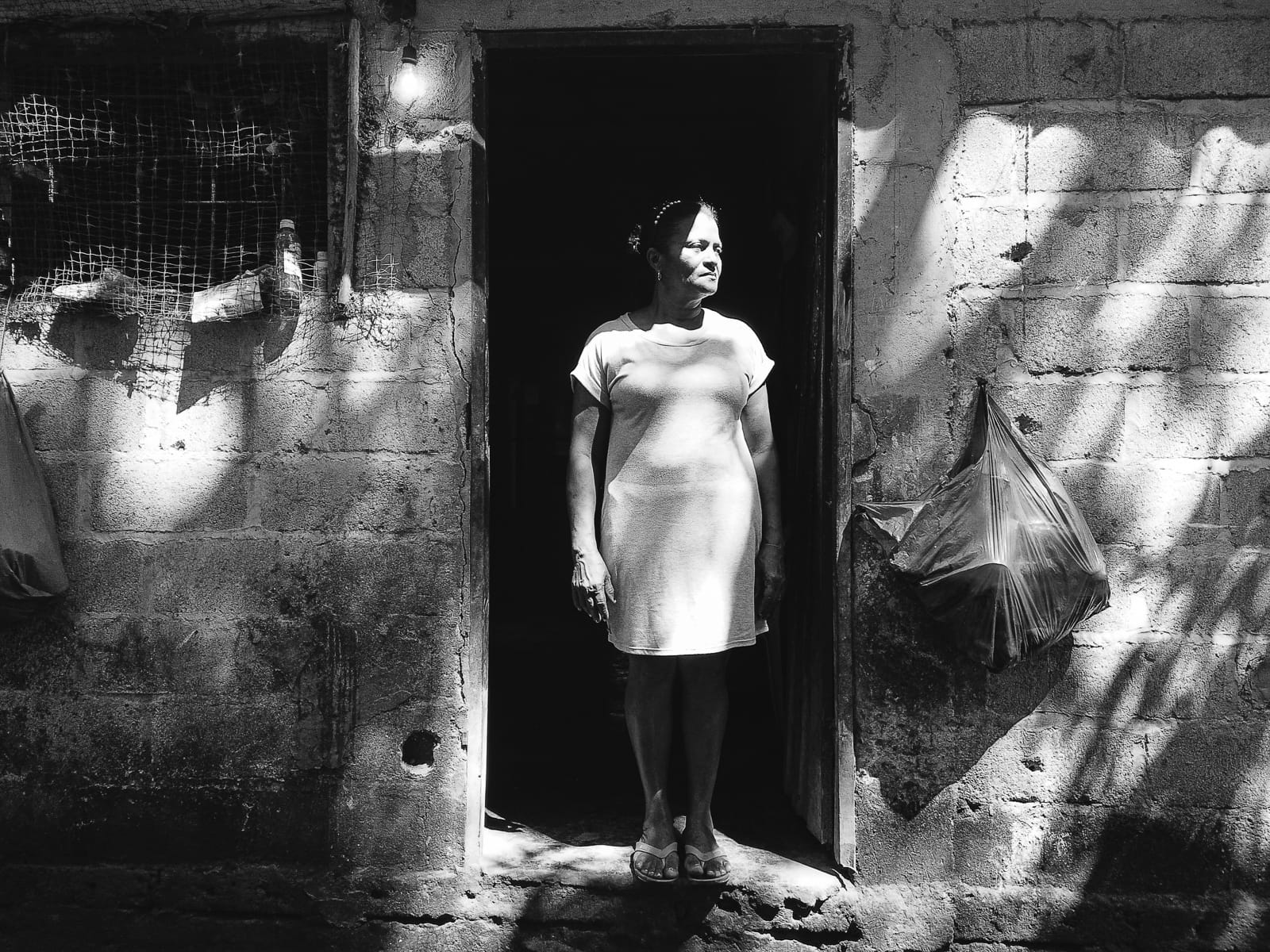 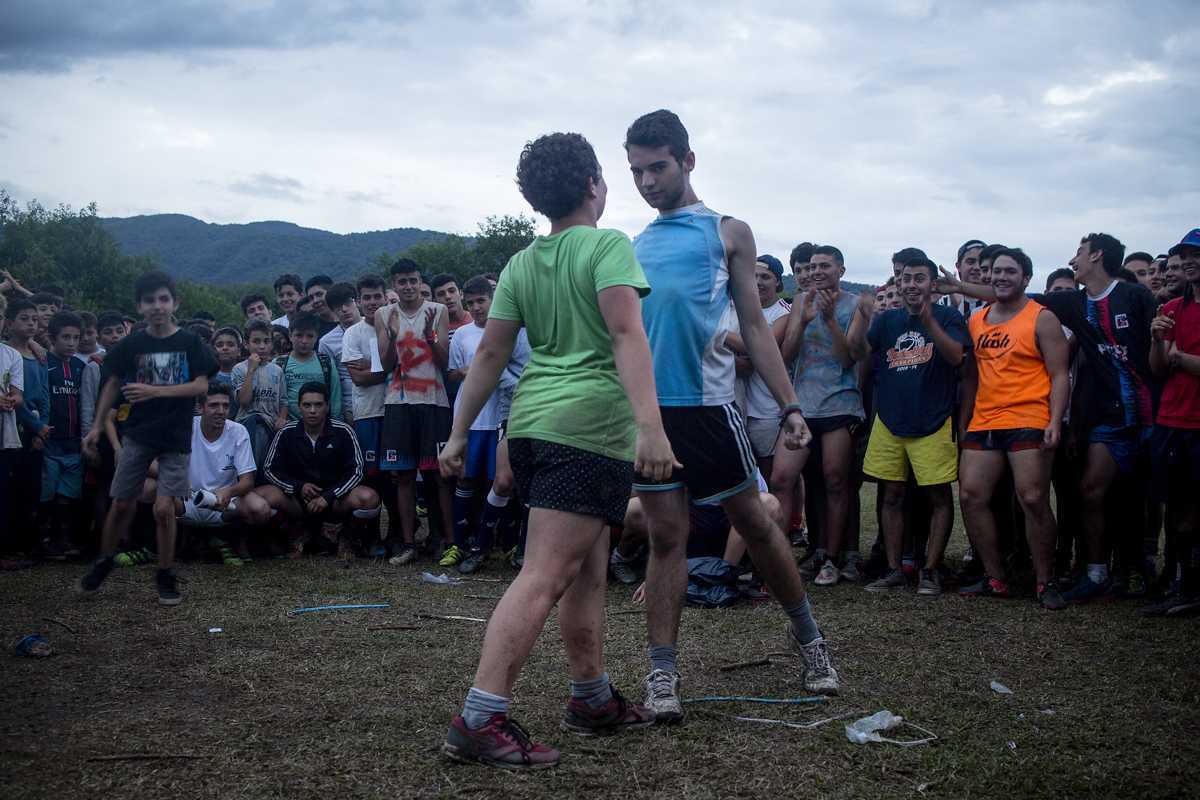